One of the biggest concerns of homeowners everywhere is the possibility that one day, they might come home to discover that there’s a wild animal living inside their home. These are perilous for several reasons, but perhaps the biggest danger when it comes to wild animals is that they carry a wide and varied array of serious diseases.

Generally, most wild animals that will get into your home won’t lunge for you, directly. Most animals know to avoid adult humans, because of the size difference, and the potential confrontation. However, this isn’t the case with small children, or indeed, with pets.

In fact, your pets may be a first and serious target for wild home intruders, which is why you need to be prepared. And for that, you need to become familiar with the five wild animals most likely to attack your pet. 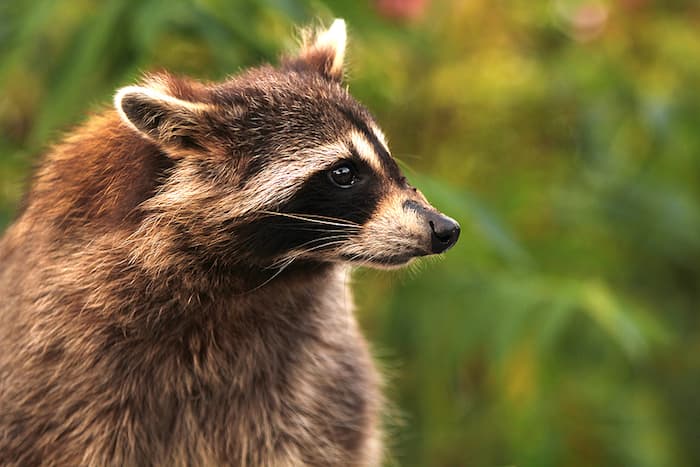 Raccoons aren’t as dangerous as you think. In fact, if you take a good look at them, they’re bound to come across as all cute and cuddly. But in truth, raccoons tend to be highly possessive creatures and will become vicious attackers if they feel threatened (then again, that’s true about most wild animals).

This is why raccoons can pose a serious risk for your dog or your cat. If the raccoon feels that your pet is in any way threatening it, or trying to steal its food, then it’s quite likely to attack, and you don’t want that to happen. A raccoon can, of course, be carrying rabies, as well as raccoon parvoviral enteritis, canine distemper, and even infectious canine hepatitis.

For this reason, we suggest that you take all the appropriate steps to rid your home of the raccoon in question as quickly as possible, in order to safeguard your family and your pets. If you are looking for a raccoon control service in Georgia visit wildlifecontrolgeorgia.com. 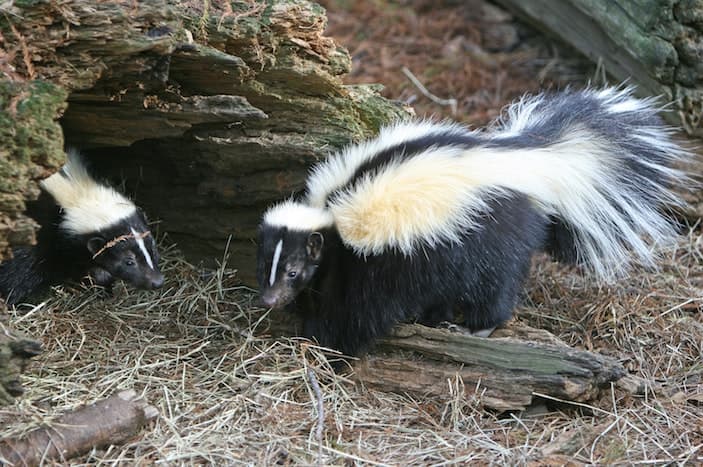 Skunks are well-known for their black and white coats, and of course, for their smell. Skunks are equipped with that unmistakable stink that’s designed to act as a protection device. However, one misconception about skunks is that they spray everything, at any time. Not exactly the case. You see, when a skunk sprays, it’s using up a finite supply of the said substance. This supply then takes time to refill, which leaves the skunk unprepared and undefended in the face of a potential attacker. This is why skunks tend to spray less than the average person expects them to.

That’s not to say they’re not dangerous, however. If skunks feel threatened in any way by you or your pet, they won’t hesitate to spray or otherwise attack. Skunks carry many of the same diseases that raccoons do, alongside leptospirosis, and intestinal roundworm.

This is why we recommend that you look for skunk pest control options as swiftly as possible. 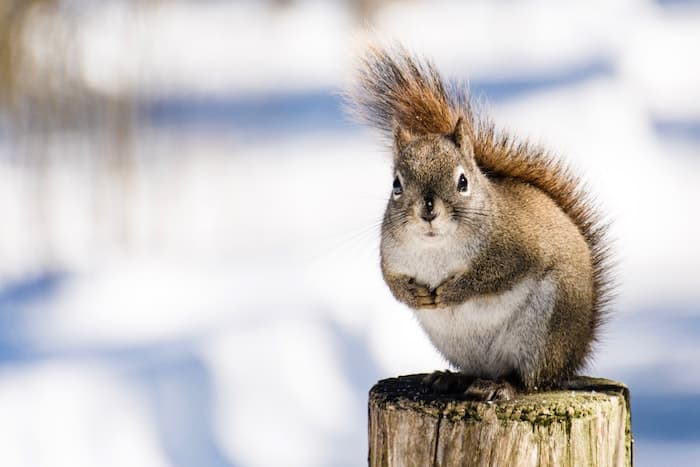 Bet you didn’t expect to read that. When we think about squirrels, vicious attacks aren’t the first thing that comes to mind. Most people see squirrels as cute little furry creatures that love nuts and dashing up the side of a tree. Well, yes, but that doesn’t mean they’re not wild animals at heart. Cute, furry wild animals, yes, but wild animals, nevertheless.

Not only that but they’re known as vicious little menaces for your pets if threatened. Yes, all of these animals work on an “if threatened” basis. But when you’re the size of a tiny squirrel, it’s not hard to feel threatened, which is why a lot of squirrels have been known to lash out at cats and dogs, particularly curious or aggressive ones that wouldn’t leave the squirrel alone. As with any other animal, squirrels can cause serious wounds, and spread serious diseases. This is why we advise you to learn more about squirrel habitat at pestcontrolwildlife.com. 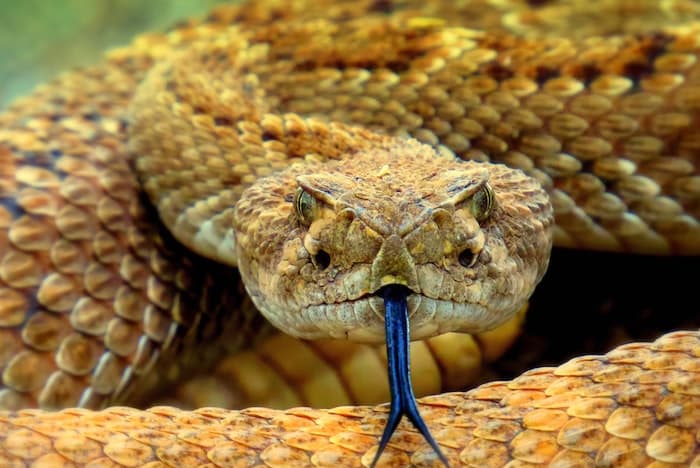 Ah, we couldn’t very well write up a comprehensive guide to pet predators without at least mentioning snakes now, could we? Snakes are considered a serious menace for full-grown human beings, as well, so it’s no wonder they pose a serious threat to your pets, as well. And unfortunately, they’re all over North America, so it’s quite likely to get a snake on your property sooner or later.

Now, the big question is – is the snake venomous or non-venomous? This is a common mistake that homeowners make, assuming that the snake poses a threat only if it’s venomous. That’s not actually the case. Obviously, if the snake in question is venomous, then it poses a much larger threat to your pet, and a bite from that can often prove deadly, unfortunately.

But non-venomous snakes are also perilous to your furry friend, as they carry various grave diseases, and can have very painful bites, even if they lack venom. And since it can be difficult to know whether the snake in your backyard is venomous, we strongly suggest that you let a qualified wildlife removal professional handle it. 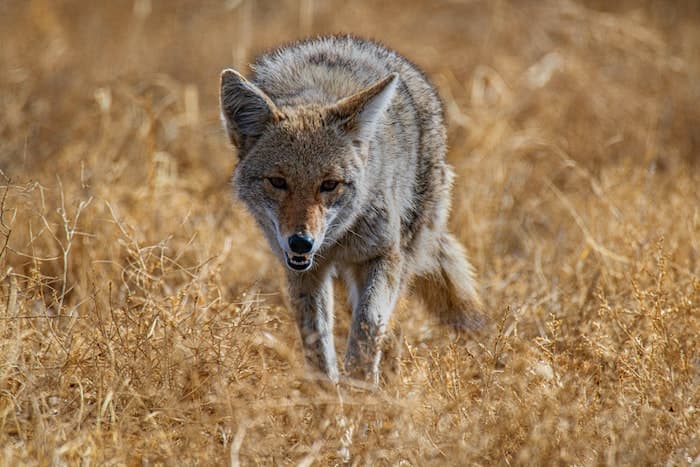 Coyotes are the last wild animal on our list, and perhaps the most obvious. Because of the obvious similarity between coyotes and dogs, it stands to reason that coyotes should be a worthwhile threat to your animal. Coyotes are large, untamed, and can be quite aggressive. What’s worse, they’re spread out all over the continent, so there are very few places in North America that are coyote-free.

One of the differences between coyotes and the other wild animals on this list is that most of the others usually react if they feel threatened, or if they feel your pet is making a run for their food supply.

Coyotes, on the other hand, may well regard your cat or dog as the food supply, and attack with no provocation or reason. This is why it’s always a good idea to keep your pets indoors at night and keep an eye on your immediate surroundings. Look for coyotes and pay attention to local news for this very serious danger.