It’s estimated that about 800,000 households in the United States keep snakes, according to one National Pet Owners Survey. However, when it comes to favorites, ball pythons are actually believed to be one of the most popular types in both North America and Europe — and for good reason. While the ease of care and other benefits that come from owning a pet python make for great reasons to get one, knowing both the pros and cons — such as when you shouldn’t get a pet snake, here’s what you need to know before rushing to adopt. 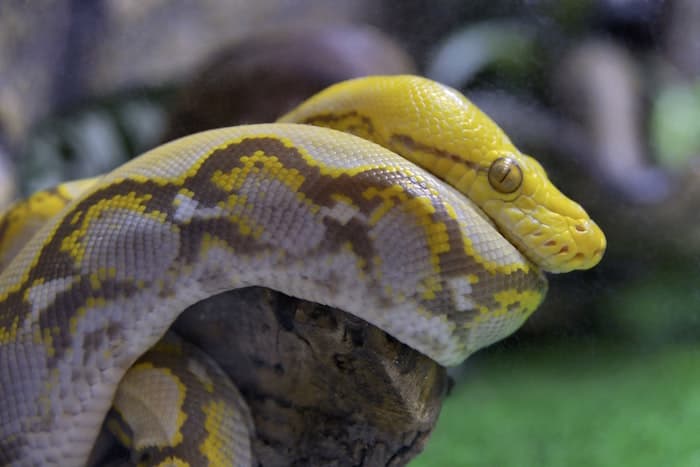 Not as dangerous as you’d think

While the prospect of having a python as a pet can sound intimidating — especially when pythons like the Angolan python will grow to be 6 feet in length (which is relatively the same size of the ball python species), they’re actually not as dangerous as they’re made out to be, though there are rare instances when certain species can in fact kill a human. Ball pythons, for example, aren’t venomous, and don’t actually have fangs. While they rarely bite and don’t usually attack humans due to being known as docile, it’s still important to realize that they can bite, and when they do it’s generally to defend themselves or catch prey. 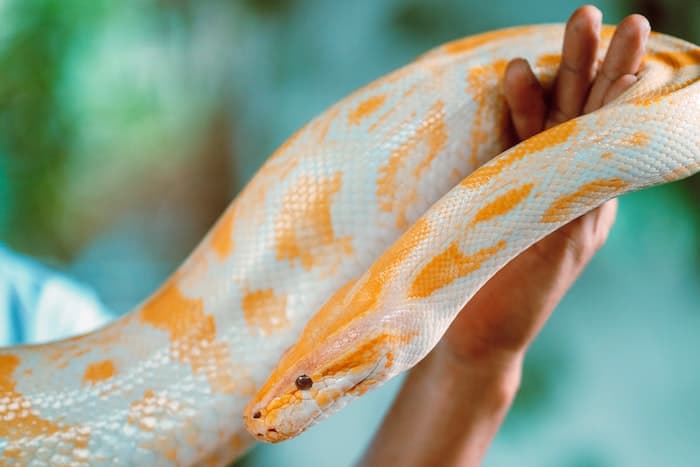 As with any pet, it’s imperative to read up on the proper way to take care of your new family member. While pythons are generally considered to be a good pet snake for beginners due to their low maintenance schedule, it’s necessary to take into account the fact that there is an abundance of research that you’ll need to do in order to set yourself (and your python) up for a successful and healthy pet/pet owner relationship. According to one survey, veterinarians estimated that 47% of the exotic pets brought to them didn’t have their needs met, with 89% of those surveyed noting that such animals often lack a suitable environment. To stress the gravity of proper snake ownership even further, an astonishing 75% of pet reptiles, including snakes, die within just one year, many due to stress related to captivity.

If you’re considering a python for a pet, it’s vital to provide them with an enclosure big enough for them and that you adhere to their temperature requirements, including additional considerations like required humidity levels needed in the enclosure (about 60% for ball pythons). Regarding the enclosure itself, however, one option (for ball pythons) is the ability to create a Bioactive Vivarium for them, which involves creating a natural living space with plants and other living organisms. 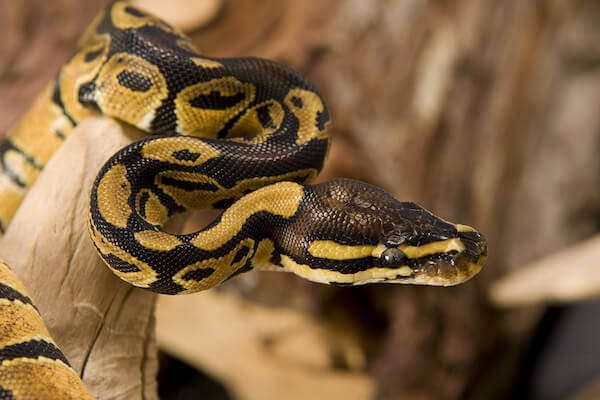 They’re easy to care for

Aside from the sheer amount of research you’ll need to have under your belt before making a decision to adopt a python, actually caring for one isn’t as demanding as a dog or even a cat is, making it a major plus for those who have semi busy schedules or who want a lower maintenance pet. Due to their spaced out feeding schedule, you’re not going to have to worry about daily feedings, enclosure cleanings, or, of course, taking it out for a walk like you’d do for a dog. Ball pythons, for instance, can be fed exclusively mice (or small to medium rats) and only need to be fed every week or two. While feeding requirements vary based on the age, ensuring that the python is moved to a separate enclosure during its feedings can help during the taming process since it’ll be less likely to confuse your hand for prey when handling. Water is also a very important element for pythons as well, and it’s necessary to provide water in their enclosure at all times. 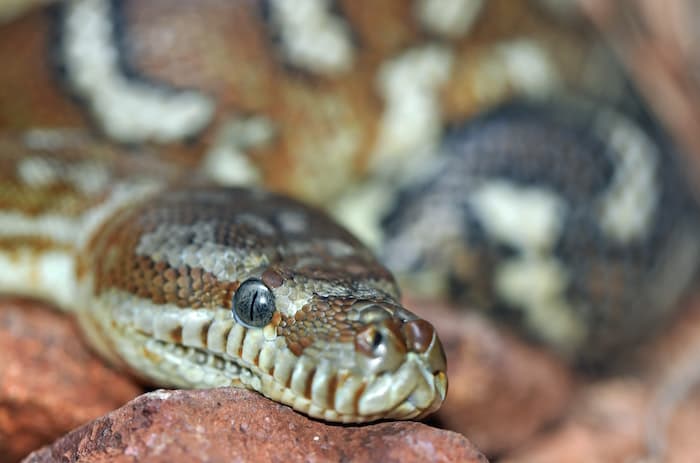 There’s no question that having a pet python will always be interesting. With the ability to experience a reptile loving community and diving into the interesting world of snakes and other reptiles via captivating events like reptile expos, your pet python can very likely become the start of a snake hobby, which will allow you to effectively explore the different types of pythons and more. Not only that, but you’ll learn a lot from simply caring for your pet python, from what your pet likes to eat to the temperature settings they need to survive. And, you’ll never get bored when it comes to things like setting up and decorating their habitat.

Adopting a pet python might sound like an intimidating experience (or perhaps like the best idea ever), though it’s imperative to note that there are both pros and cons of making such a major decision. With pros that include an easy care schedule to cons that involve an abundance of strict requirements in regards to temperatures and enclosures, adopting a pet python can be a great idea for those who are ready for the responsibility.

| Home | How to Take Care of a Pet Snake | Considering Getting a Pet Python? Here Are the Pros and Cons You Need to Consider