Skip to content
Goldfish DiseasesGoldfish for the most part are hardy fish that can survive in a wide range of conditions. However, if you don’t know how to care for your goldfish, the likelihood of it contracting one of the many goldfish diseases increases dramatically. The main cause of death in goldfish is due to improper care provided by the fish keeper.
Some of these common mistakes that lead to an unhealthy or diseased goldfish include the following: 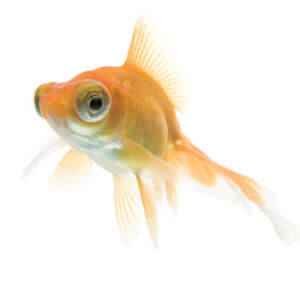 Technically the preceding are not goldfish diseases at all but rather health issues that are easily avoidable when regular maintenance is carried out. If however you do take good care of your goldfish and it still came down with an unknown illness, read the following information and accompanying posts to spot the signs and symptoms of the various health problems that can affect a goldfish.

Environmental factors such as poor living conditions can lead to health problems in your goldfish. Optimal water parameters will help avoid these types of illnesses but without testing the water, you might not even notice there are issues with your water. The following is a list of water parameters that should be tested and or adjusted to ensure they are within an optimal range that your goldfish will thrive in.

Test kits are available to for the majority of these water parameters and there are also actions that can be taken to adjust them if they are off.

On first inspection of bringing your new pet home, you might not see any visible signs of parasites since they are microscopic organisms but you should always play it safe and assume they do have some sort of ailment. Parasites infestations are common among goldfish and one of the reasons that you should quarantine your fish before you place them into your existing tank. There are three main categories of parasites: ciliated protozoans, mono-genetic trematodes and crustaceans.

There are a number of bacterial infections that your goldfish can come down with. Bacteria are even more microscopic than parasites and thus can go unnoticed until the bacteria has a chance to take hold and your fish shows signs of an infection such as a goldfish eye problem. These tiny viruses can spread throughout the body of the goldfish, from fish to fish and even to human. If you provide good conditions for your goldfish to live, it will likely have a stronger immune system and in return will be less likely to become infected with a bacterial or goldfish disease.

Fungal infections usually occur when a goldfish has open wounds, scraps or cuts that don’t heal quickly or those fish that have a weakened immune system due to poor living conditions and high stress. Most fungus infections look like white fuzzy hairs or cotton balls that appear on the skin, fins, mouth, gills or eyes of the goldfish. However, making a fungus infection diagnosis isn’t always easy with the naked eye since the visual signs look similar to some bacterial (columnaris) and parasite (Epistylis) illnesses. Water changes and aquarium salt are often included in a treatment of a funagal infection as well as a bacterial disease so this treatment is a good start if you don’t a microscope on hand to properly diagnose the problem. In cases where a fungus is caught early, it might be enough to just change the water and provide the goldfish with better nutrition. A healthy goldfish slime coat is also important.Common fungus infections include Branchiomyces and Saprolegnia. Branchiomyces is a fungus that attacks the gills and can be treated by lowering the water temperature and treating with Formalin. This fungus thrives in waters that are warm, have high nitrate level and organic loads. Saprolegnia comes about when goldfish are poorly handled, chilled or stressed. It can be treated by raising the water temps into the high 70s and given a formula of furazone green, methylene blue or malchite green.

By reading all of our articles on the various goldfish diseases, you can find the treatments for curing them. Goldfish bath treatments can treat most illnesses and the information found in that article is a good place to start your treatment process.