The parasite flukes can affect the body (body flukes) and gills (gill flukes) of a goldfish. If it goes untreated, flukes can destroy the gills and kill the sick goldfish and then infect the other goldfish in the tank. Under a microscope, flukes resemble a small worm that contains the next generation of flukes inside it. Gill flukes live and lay eggs in the darkness of the gills of a goldfish. These gill flukes have developed eye spots while the body flukes who bear live young on the body of the goldfish have not developed eye spots.

The symptoms a goldfish sick with flukes can include scratching against surfaces, redness of skin, mucus on the gills or body, sunken bellies and rapid breathing.


How to Treat Flukes 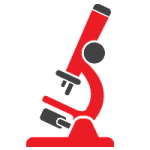 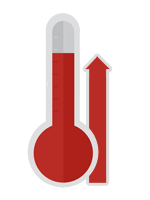 If you can’t get Droncit, try this alternative that treats gill and body flukes, fish lice, anchor worm, gill mites and ragged fin

Different treatments to cure flukes in goldfish can be hazardous to the health of the goldfish or any other creatures living in your goldfish tank. They can cause skin irritations, inflammation or burning of the fins and body. It’s important not to overdose the tank with these treatments: Fluke Tabs, Formalin (Health Guard), Copper, Chloramine T and Acriflavine. 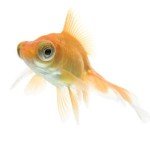 To avoid getting flukes in the first place, place new goldfish into a quarantine tank for a minimum of four weeks; six weeks is recommended. Ask your goldfish dealer if their new goldfish are quarantined before they sell them to the public. An extra quarantine period lower the risk of introducing a sick goldfish into your established goldfish tank or pond.