A goldfish has a protective slime coat that covers its entire body, scales and skin. This protective slime coat is a secreted mucoprotein that contains enzymes and antibodies that help the goldfish fight against infection, disease, parasites, and fungal pathogens. Not only does the mucoprotein keep these infections from getting inside the the goldfish, it acts as a barrier to keep in essential electrolytes that are required for osmoregulation as well as other important body fluids. Whenever there are breaks or holes in a goldfish’s protective slime coat, electrolytes and body fluids will leach out into the surrounding water. 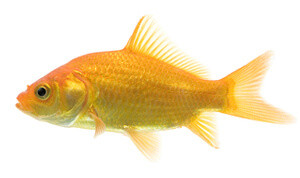 The number one cause for a weakened coat is stress. A stressed out fish won’t secrete a healthy layer of mucoprotein, leaving itself susceptible to infection, diseases and parasites. The causes of stress in a goldfish include a long list, many of which are caused by the owners actions.

Avoid improper handling, don’t neglect your routine tank maintenance and provide a happy tank environment for your goldfish. There are several products on the market that will help maintain or cure the weakened protective slime coat of a goldfish. These include: a chlorine remover and slime coat replacer, pH buffers beneficial bacteria that can help cycle a tank that helps remove ammonia and wound healing solutions.

Other treatments include: Aqueous aloe vera gel 5-30% that promotes healing; sodium carboxymethyl cellulose and polyvinylprolidone that contains a mucoprotein slime replacing compound; ethylendediaminetetraacetic acid which is a chleating agent; diazolidinyl urea is a preservative.

A Must Have for All Goldfish Owners:
Dechlorinator with Slime Coat Care