Yet, that’s not a complete list of the animals or how they help. For that, keep reading.

Service Animals for The Blind & Disabled

In the United States, dogs typically provide services for the blind and disabled. The U.S. has laws establishing the rights of people with service animals, and typically only recognizes dogs. However, in some cases, miniature horses are also recognized. Unfortunately, the Americans with Disabilities Act does not recognize therapy dogs, emotional support dogs, and companion dogs as service animals.

Most commonly, service animals help the blind by leading them through busy city streets and keeping them away from other dangers, such as potholes and manholes, people, and other dangers. For those with disabilities, service dogs sometimes help pull wheelchairs, provide balance, help people with Autism, assist people who suffer from seizures or diabetes. 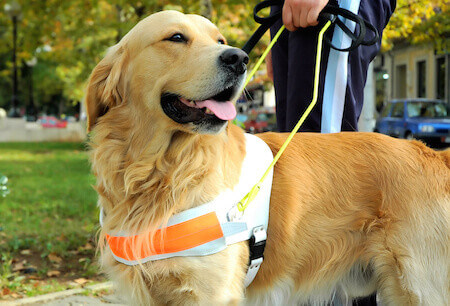 Dogs help people find drugs hidden from law enforcement and bombs that have been planted away from sight. Along with dogs, rats help sniff out landmines in other parts of the world. Dolphins have also served the military for many decades now, running surveillance on submarines and floating mines.

These animals go through rigorous training because of the nature of their work. Drug sniffing animals work with different types of drugs and their scents. They’re also trained to avoid diversion scents that are meant to keep the dogs from finding the drugs. Dolphins, rats, and dogs that are trained to find explosives start out with decoys that include the scents of materials used in bombs before they move up to finding actual explosive devices.

These animals help keep people safe from the threats of terrorism and those who use drugs. They help to keep neighborhoods safe where drug dealers can become violent and territorial over parts of cities where they sell. Because they can spot explosives and drugs simply by scent, they keep people out of these dangerous situations. 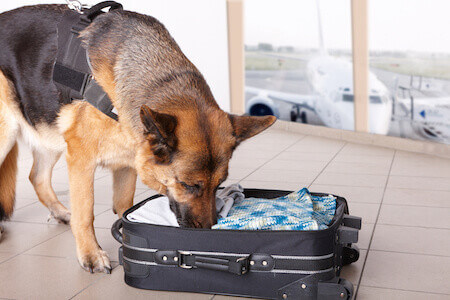 Animals are often used to provide therapy for people with ADHD, autism, mental disorders, PTSD, depression, and anxiety. Dogs, cats, and horses are used for these situations. They can also help school children, people who have recently lost loved ones, drug addicts, and prisoners.

Horses are especially adept at helping people because they share similar behaviors with people and find it easier to develop connections with individuals. They are great at soothing the stress and anxiety many people feel. Likewise, dogs in classrooms help school children feel safe, as children feel dogs are non-judgmental. The same effect is observed in prisons and drug rehabilitation centers where many of the previous behaviors that people exhibited were partly due to stress, anxiety, and depression. 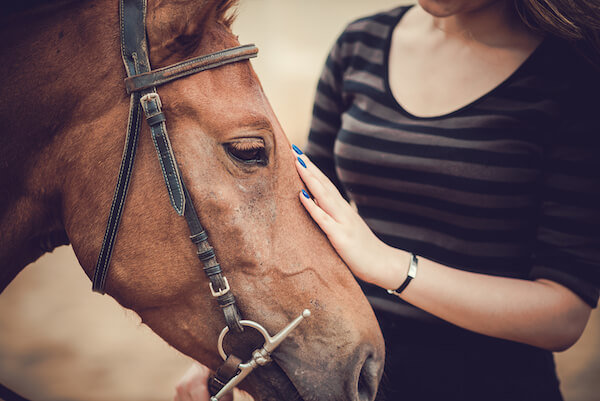 How successful is animal assisted therapy?

According to studies, animal-assisted therapy can help reduce some of the symptoms of dementia and schizophrenia in elderly patients. Animal-assisted therapy has shown that “Treatment encouraged mobility, interpersonal contact, and communication and reinforced activities of daily living (ADLs), including personal hygiene and independent self-care, through the use of cats and dogs as ‘modeling companions.’” The increase in social interaction reduced the effects of dementia, depression, and suicidal thoughts.

Everything You Need to Know About Emotional Support Animals

How to Certify an Emotional Support Dog

An emotional support animal (ESA) is becoming an increasingly popular method of healing for psychic disturbances every year. Despite the fact that these animals do not have the status of service animals, they also qualitatively aid humans to get rid of their maladies and live a happy and healthy life. To enjoy all the benefits ... Read more

What Are the Best Hunting Dog Breeds?

Hunting dogs are extremely helpful for locating and flushing birds; they are also perfect for retrieving downed birds for the hunter. Let’s look at a few of the best bird hunting dog breed, and why they are so perfect for the task. First, we will look at two distinctions between types of hunting dogs, the ... Read more