These tanks are typically 10 to 20 gallons with no gravel substrate or decorations. The filter, usually a sponge filter, should be matured with beneficial bacteria and the heater should be set to a cool 64-67*F. The cooler temperatures help combat goldfish with any fungus and helps avoid any stressful fluctuations in water temperature. The temperature in this quarantine tank might be slightly cooler than the main tank or tank they tank they were bought from so acclimate the goldfish slowly. A plastic plant or a small hiding place can be added to make the quarantined goldfish feel more comfortable. These decorations should be thrown out or sterilized after every sick goldfish that are quarantined in the tank. The quarantine tank should have a hood cover to keep the goldfish from jumping out and to keep the water from evaporating. The hood doesn’t need a light and the outside of two sides and back of the aquarium glass should be covered to make it darker and more comfortable for sick goldfish.

New goldfish should be placed and observed in the quarantine tank for two to four weeks before introducing them into the main goldfish tank. Some serious goldfish owners do this for up to six months to a year. This step can be skipped if the pet or fish store has a policy to quarantine every new fish shipment they receive. Many shops do have this policy but always ask before you buy any new goldfish. Some fish stores might even quarantine your new goldfish at their store for a fee. 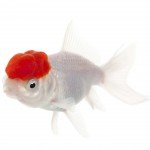 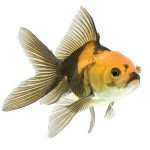 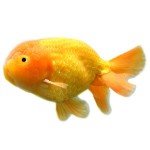 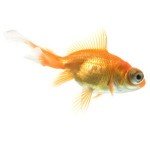