Birds are beautiful in the wild, and they’re incredibly cute, but they are not good pets because they require so much care. Parrots taken from the wild aren’t meant to be kept in cages. Birds that are born to caged birds are still only one or two generations from being tamed. They’re not domesticated pets. The practices that are used to catch birds and bring them to your home are abusive and cruel too. 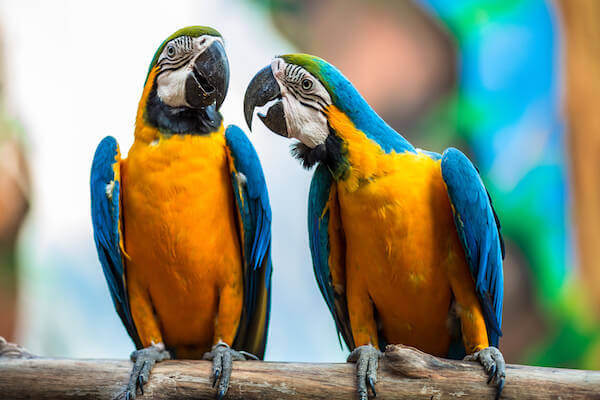 Do parrots make good pets? Here is why they don’t:

1: The Responsibility of Owning a Parrot

Parrots are a huge responsibility. They require even more care than other pets like cats and dogs. They are more complex creatures than dogs or cats too. Scientists have explained that parrots have the emotional maturity of 4-year-old human children. They feel emotions and have emotional demands that people don’t often understand. Since we humans don’t understand their emotional needs, we’re not able to meet them, which makes for parrots with emotional problems.

The wild bird trade is worth billions of dollars, and the people who poach birds from the wild don’t do so humanely. Many birds are traumatized or killed during the process. They’re ripped from their homes, mates and flock with little regard for their emotional well-being. Birds fly together, share their homes and raise their young together. When one bird is taken, the life of that bird changes as well as the entire flock that had been living together. 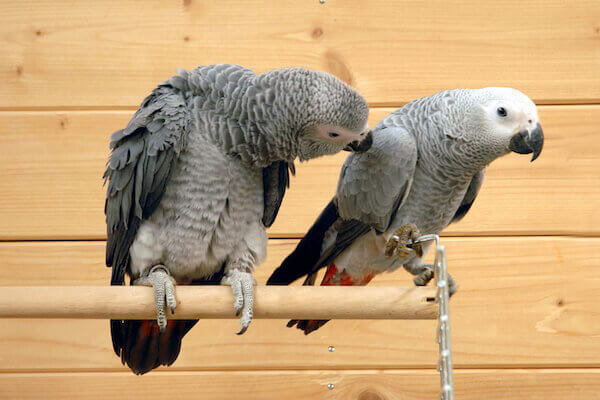 3: Parrots Need a Lot of Space

Birds that are already caged can’t be released into the wild, but they are not getting the space they need to thrive. Birds are meant to fly long distances, and they will never have enough space in the home even if they are not caged at all times. While cages in the home don’t provide nearly enough space for the bird, that’s also true of aviaries in places like a zoo. The wild is the only place where they’d have enough natural space to live. They spend much of their time flying around looking for food or to enjoy the act of flight. It can be devastating to leave that behind.

Humans don’t always properly understand the emotional needs of a parrot. They’re complex creatures on par with humans and monkeys. They can become bored, upset, depressed, or sad. If they are without a mate, they could have bonded with the owner. When they see an owner touching or hugging someone else, they feel betrayal, sadness, and anger as a human would. This can lead to screaming and agitation. Birds that are bored or upset can pluck their feathers. Emotions can lead to serious mental illness in birds.

5: A Parrot Needs a Mate

Birds are often better when they have a mate, but only if they get to choose that mate for themselves. It can’t be a forced situation. This can be tough for owners who might buy another bird hoping for a match that neither bird feels. It would be like your parents setting you up on a blind date that has to turn into a marriage. It’s unlikely to go well. When you add more birds to the home, you’re also adding more responsibility. The birds will have to be entertained and mentally stimulated to ensure that they’re not losing their minds from depression and boredom. 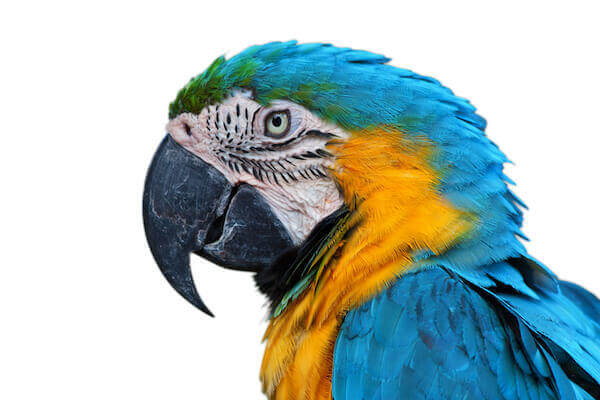 6: They Are Messy Creatures

When they’re in the wild, they will take a piece of fruit from a tree, eat a few bites and drop the rest to the ground. Food is abundant to them, and they will take a new piece instead of finishing the first down to the core. The seeds of the fruit littering the forest floor is how new plants and trees are created. Parrots will do the same in the home, so it’ll be littered with half-eaten items. They will preen and clean themselves for hours per day too. This translates to a ton of fine dust and feathers all over the home. Between sweeping and dusting, owners spend hours keeping the home clean each day. It’s not something many potential owners know about owning a parrot.

7: They Live a Very Long Time

Most people buy a parrot on a whim with no idea what they’ll do as they get older. Parrots live to be around 90 years old. They might have to be passed down to a younger generation when the owner passes away, but that doesn’t always work. Parrots are a huge amount of work, and not everyone wants to experience the ownership of a pet parrot. There are plenty of birds that are abandoned each year. They feel the loss more keenly than other animals too. 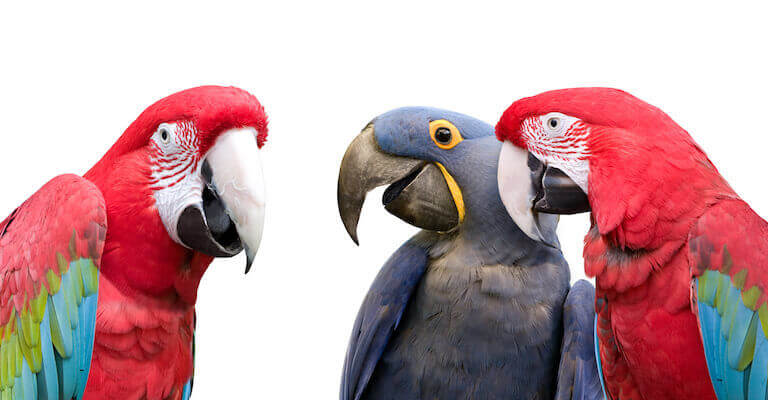 Parrots feel all the emotions of a small toddler, which can be tough when the bird with a human mentality is caged for its entire life. Birds who are bred and raised in captivity still need constant mental stimulation, or they can become so bored that they start exhibiting nervous gestures and mannerisms. They can peck people, pluck their own feathers, scream constantly, or pace incessantly.

5 thoughts on “Are Parrots Good Pets: 7 Reasons Why You Shouldn’t Get One”