Yes, it is a myth that dogs see only in black and white, but they don’t have quite the color vision of human beings. A dog relies on its sense of smell to give it the most information about the world. When a person takes their dog for a walk and the dog sniffs at everything, it is getting about as much information as a human would from reading the morning paper. A dog’s sense of smell must be as astonishing to humans as human vision would be astonishing to a dog. 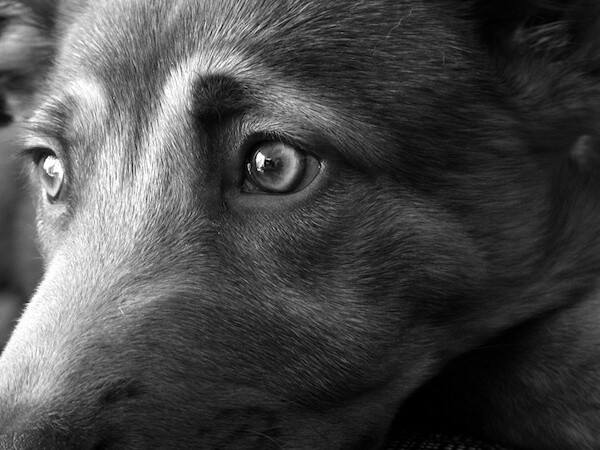 Still, a dog’s eyes are very much like a human’s. It is a sphere made up of a cornea, vitreous chamber, lens, pupil and a retina at the very back of the eye. The retina is filled with structures called rods and cones. Cones allow the dog to see colors and bright light while rods allow the dog to see in low light.

Since humans and dogs are both predators and work in groups, their eyes are positioned in the front of the head, but some dog’s eyes are a bit more widespread. This gives them a wider field of vision as well as good depth perception. This helps the dog focus on potential prey and helps it see where the pack/tribe members are.

Dogs can see in the dark three times as well as a human because they have more rods than cones in their retinas.

They also have large pupils and a membrane called a tapetum lucidum beneath their retina, which enhances their ability to see in low light. Cats also have a tapetum lucidum, which we shall see. This membrane is why the eyes of both cats and dogs glow in the dark.

Dogs have an amazing sense of smell. They have up to 300 million olfactory receptors. Humans for example have just 6 million. One way to provide enrichment to your dog’s day that uses its sense of sight and smell is to provide it with colorful toys that you can add treats to. Take a look at drypaws.com.au for some inspiration on keeping your dogs active and engaged.

Can Dogs See in Color or Just Black and White?

Because dogs have more rods than cones in their retinas, they don’t see colors that well. They also have only two types of cones whereas humans have three. Dogs can probably see shades of blues, greens, and yellows, but what humans experience as reds and oranges may elude them. 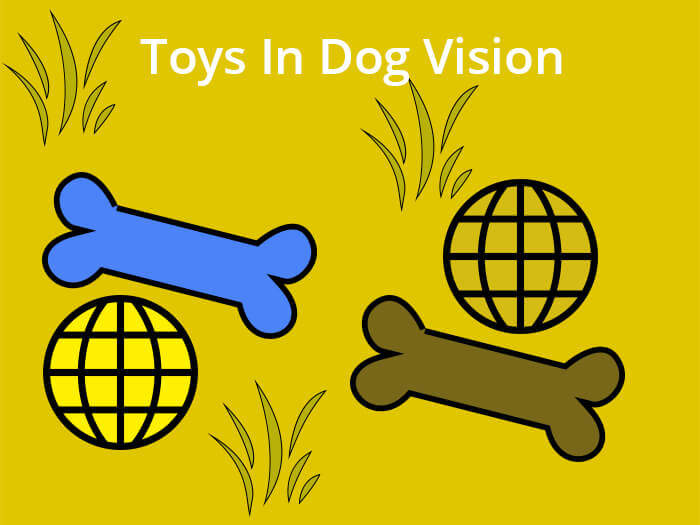 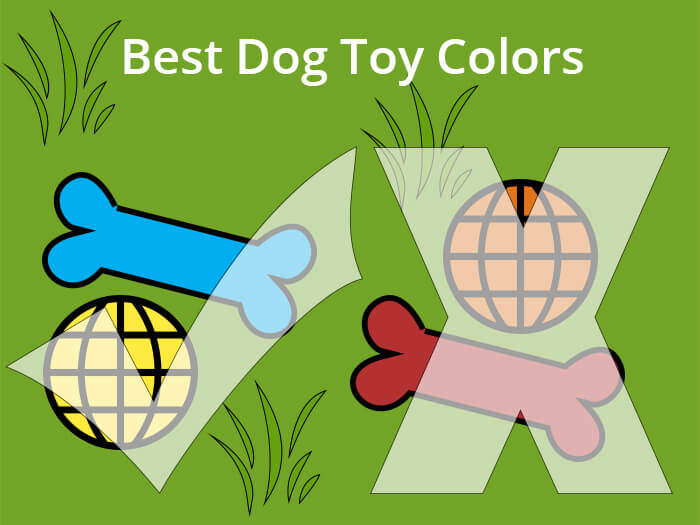 How do dogs see compared to people?

The three types of cones that humans have are sensitive to blue, red, and green, and the two cones in dogs are sensitive to blue and colors between green and red, whatever it is. Dogs can’t focus as well on close items as human beings and would be considered quite nearsighted if they were human. Most dogs have about 20/75 vision, which is fairly bad! They don’t discriminate between shades of colors well either. A forest full of beautiful autumnal trees is a blurry, dull light green to a dog.

However, dogs have an advantage when it comes to motion detection. This is because of their better night vision and their ability to sense even the smallest prey moving in the duff. A drawback of their large pupils is that an image is sharp only in the center of the dog’s field of vision while everything to the side is fuzzy. This is an acceptable situation when a dog is running down a prey animal or a ball. Dogs can also see much farther than humans, especially if the object is moving. In one test, dogs were able to see a moving figure half a mile away, and stationery figure a little over a third of a mile away. Dogs are also better able to see flickering lights. When a person sits down to watch TV with their pooch or sneaks them into a movie theater the dog sees the film frame by very fast frame, while human eyes are tricked into thinking the film is one continuous experience. This flicker fusion frequency, as it is called, is another thing that helps the dog find small prey at night. 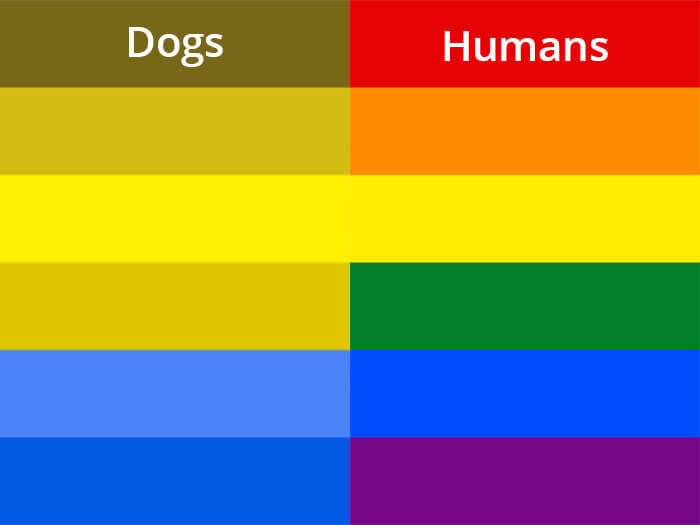 How do dogs see compared to cats?

The dog and cat eye are comparable in that they both have a nictitating membrane and a tapetum lucidum. The nictitating membrane is a transparent eyelid that keeps the animal’s eye clear as it hunts at night. It is also called the haw and allows the animal to keep its eyes open while it is hunting. Most dog owners don’t notice this third eyelid until the dog gets an infection called cherry eye. Cats and dogs also experience the same limited range of colors.

Though they have some things in common, dogs and cat vision is somewhat different. Cat’s can’t see as far away as dogs, but they are able to focus on close objects in the way the dog can’t, and their vision overall is much sharper. The cat’s night vision is much better than a dog’s, which is much better than a human’s. When exposed to bright light, the house cat’s pupils furl up into slits, a phenomenon not seen in dogs or humans. This not only protects the cat’s retinas but improves its depth perception.

Dog eyes also have a fovea, which is a pit in the center of the retina that is full of cones. Instead of a fovea, a cat has a structure called a visual streak, which isn’t a pit or a point but a streak that is found across its retina. This makes them better able to detect movement in their peripheral vision.

But no one should feel sorry for cats and dogs because their vision isn’t as color-filled or sharp as a human’s. Their other senses, such as touch, taste, and especially smell are much more acute than humans and tell them everything they need to know about the world.

2 thoughts on “Do Dogs Only See Black and White?”