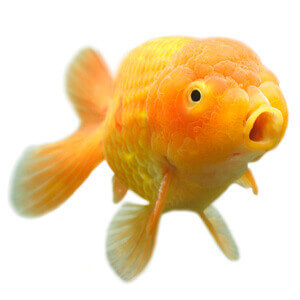 The Ideal Option for Goldfish

By nature, goldfish are scavengers and will feed off the bottom of a goldfish tank. A goldfish that is searching for food will often poke around in the substrate by moving around the pieces of substrate. If the substrate pieces are small and round enough, the goldfish might pick it up in its mouth and then spit it back out again. Goldfish do a good job of removing excess food off the top layer of substrate. This goldfish behavior eliminates aquatic plant substrate, river sand and small stones as an option, Goldfish will kick up sand and plant substrates when they dig at the tank bottom. This digging can cloudy the tank water and clog the filter and filter media. The small stones are too large for the goldfish to move around, not allowing them to eat the food that might be trapped between the stones.

The best goldfish aquarium substrate is a medium to small size rounded gravel. This gravel should be inert a doesn’t leach chemicals or colored dyes into the goldfish tank water. It’s easy to avoid using an aquarium substrate that leaches if the packaging clearly states ‘for use in aquariums’. It can be risky to use gravel, sand or stones from natural sources since it can leach pollutants or calcium which can throw off the pH in the goldfish tank water. Always rinse new gravel to remove dust before placing it in a goldfish aquarium.