There’s a lot to say about cats and their personality. Much like dogs – they’re all different. However, one personality trait that seems to reign true for most cats is their sassy and independent ways.

Some cats love nothing more than to snuggle into your lap, but that same cat will demand their alone time. That same cat might also be slightly sassy to you, but you’ll notice it more towards other pets in the home, especially dogs. Dogs bear the brunt of cats’ sassy, bullying ways. 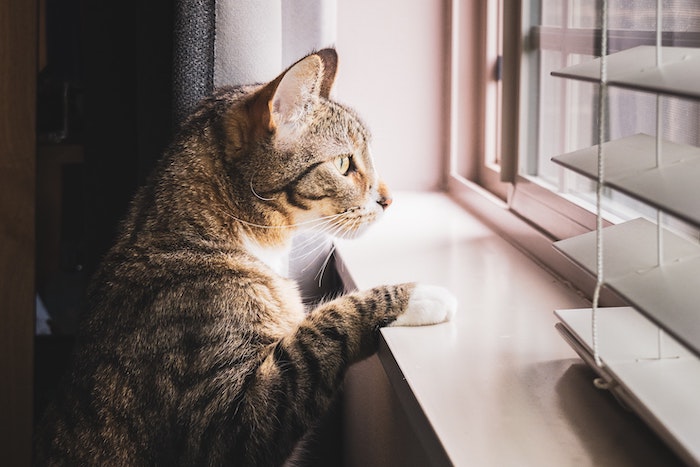 Read on to see if your cat is a bully and what to do about it.

You can sort of control what goes on inside your home, but outdoor cats are notorious for disappearing for hours or days and returning with a scratch or two and looking slightly ragged. Some cats are street fighters – they like to rule the neighborhood roost by putting on dominating displays to lower-ranking cats. Because yes, there is a backstreet pecking order, and every cat knows their place. If yours thinks they’re at the top, you’ve got yourself a scrapper.

To minimize the outdoor bullying risk, you may want to look into a catio – outdoor enclosures that let your cat enjoy the scents and sounds of the outdoors without roaming free. Cats that continuously come back with wounds are in danger of being seriously injured if a bigger and scarier cat comes along to prove they’re the top cat. War wounds are a sign your outdoor cat probably shouldn’t be as outdoors as they are.

Cats really think they rule the roost, and a lot of the time, they do. Once a cat gets its claws out, you know it’s time to run. Humans do bear the brunt of these unsuspecting and fearless attacks, but it’s often other cats or furry friends that find themselves in the firing line – but it is easy enough to manage.

A dog typically mistakes bullying for playing, but if you notice the cat is scratching at your dog’s face — or any pet for that matter — and causing wounds, it might be time to enforce a timeout. Nominate a room as a place for your cat to go that’s filled with toys, scratching, and climbing posts to keep them entertained. Often it’s boredom that causes cats to act out the way they do. 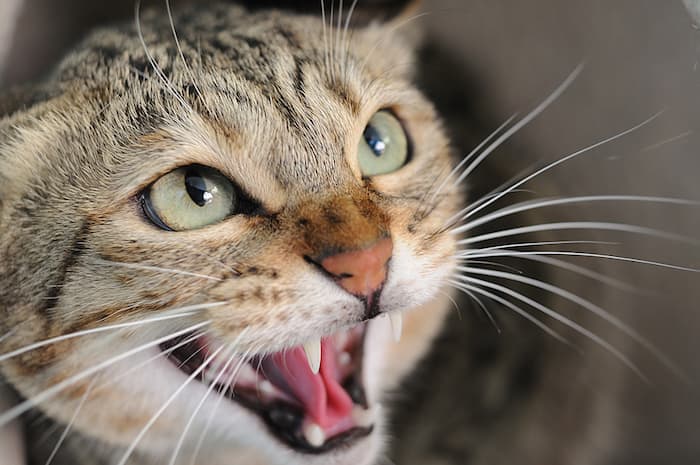 Reasons Behind The Sassy Behaviour Trait

As mentioned above, it’s typically boredom that causes cats to act the way they do. Cats can become very frustrated if they don’t have enough mental stimulation, which is why it’s great that online and brick-and-mortar pet stores have plenty of mental stimulation toys for cats.

Invest in games, treat toys, and plenty of climbing equipment to keep your cat entertained throughout the day – and don’t forget they need plenty of human interaction. Cats aren’t actually as independent as they make out.

If you think your cat is a bully, that’s because they probably are. As humans, we have come to accept that cats can lash out at any given moment. However, beware there isn’t an underlying issue at play like intense