Do you know which dog breeds are the most protective? For centuries, man’s best friend has been a source of security and companionship. With many different types of dogs to choose from, it is important to do your research before making any final decisions. From Great Danes to German Shepherds, many different breeds will keep you safe and sound. And if you want some extra protection for those late-night walks with your furry companion, check out these top 5 most protective dog breeds!

The first dog on this list is the Goldendoodle and originated when the Golden Retriever was bred with a Poodle and was extremely popular during the 1990s. This dog breed comes in a variety of sizes, specifically three, which largely depend on the size of the Poodle parent, as you can see at ABCs Puppy Zs, a premier Goldendoodle breeder. The Goldendoodle is a fantastic family dog and is described as being friendly, intelligent, energetic, and highly trainable.

While this dog isn’t considered to be a great protection dog, it is extremely loyal due to being part Golden Retriever and part Poodle, and they will alert their owners to anything they consider strange or out of place. Because of the intelligence this dog has, you can rest assured that you will be alerted. 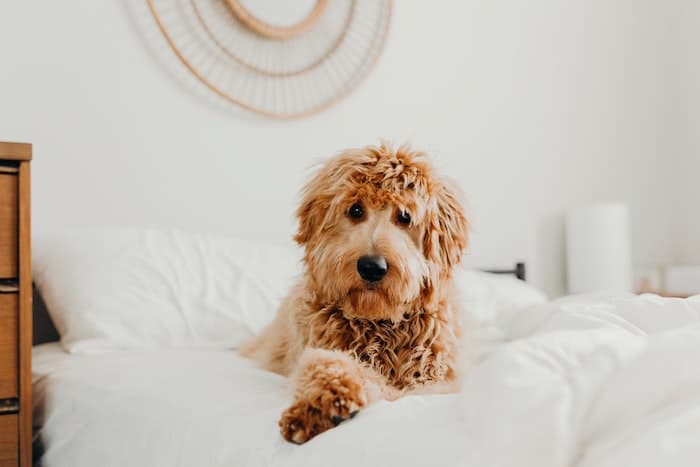 The next dog on this list is the Dobermann Pinscher and originated around 1890 in Germany, Apolda. Dobermann Pinschers are considered by many to be one of the most intelligent dogs in the world, and they were bred initially to be guard dogs. Their size makes them particularly good at this, standing at around 24 to 28 inches (61 to 71 cm) at the shoulder, and weighing around 32-45 kg.

Dobermann Pinschers are described as being obedient, confident, intelligent, alert, loyal, and fearless, which naturally makes them a great choice for police enforcement, which is why they were a popular choice for quite a while and still are in a few countries.

Another extremely popular dog that is chosen for families that not only need a loving, playful best friend but a watchful eye that will alert them to anything suspicious is the Giant Schnauzer. It’s not called giant for nothing and weighs around 25-48 kg, and stands around 23-27 inches (60-70 cm) at the shoulder.

Giant Schnauzers originated in Germany in the 17th century and were bred to be working dogs; for carting, driving cattle to the market from the farm, and protecting the farm and family. They still take this job seriously and are described as being kind, powerful, loyal, intelligent, dominant, and more. This makes them an excellent choice for a family that needs a friend and a loving protector. 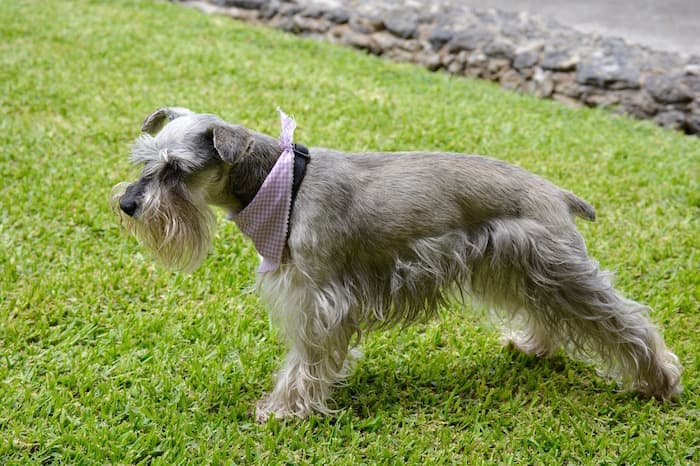 Of all the dog breeds in the world, only one is known the world over as being a fierce protector of the family, and that is the German Shepherd. The German Shepherd originated in Germany in 1899 and was bred to be a working dog, used popularly to herd sheep. It was only later that this dog became incredibly popular as a law enforcement dog that reacts calmly under stress, can be easily trained, and follows instructions to the letter.

However, this breed is also very calm, loving to family, obedient, intelligent, courageous, curious, and alert, which has made them a popular choice for many families. If socialized from an early age, German Shepherds will be friendly to anyone you are friendly with but will stand their ground if they see you are feeling uneasy. 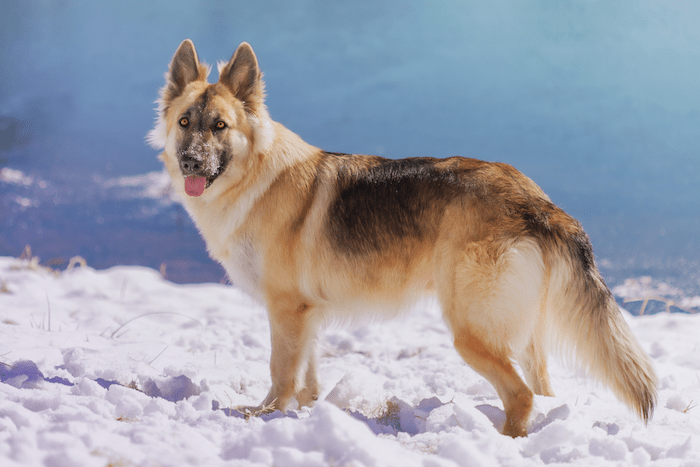 The last dog on this list is one of the most intimidating dog breed types in the world, probably because the other types in this breed are amongst the largest in the world. Bullmastiffs originated in England in the 19th century and were bred initially to guard estates. These dogs are massive, weighing at around 45-60 kg, and standing at around 61-68 at the shoulder.

Because these dogs were bred to be guard dogs, they are naturally alert, courageous, protective, loyal, and powerful. However, they have become popular family dogs because they are also reserved, docile, devoted, and calm. With the right training, they can be the perfect family pet. 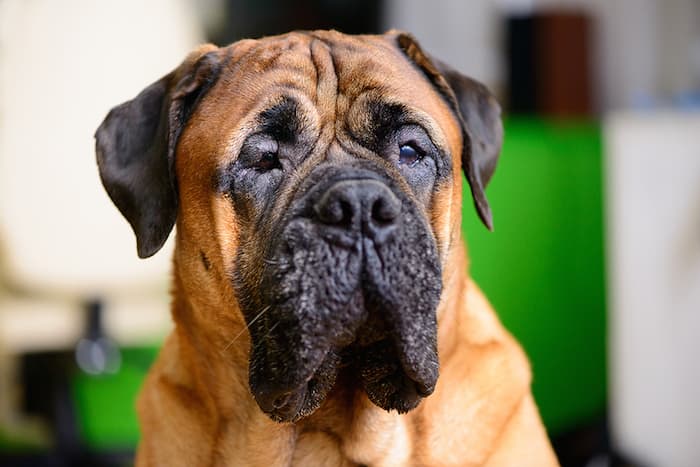