Skip to content
Can A Dart Frog Kill You?
Yes, a golden dart frog’s poison is strong enough that a single frog can kill 10 men with a single dose; it only takes 2 micrograms, an amount that can fit on a pinhead, to fell a single human adult.

Dendrobatidae frogs, meaning “tree-walker” in Greek, are a family of frogs native to Central and South America.

After a revision in 2006, the Dendrobatidae consists of 13 genera and 170 species. The Hyloxalus genus is the largest at 56 species and Minyobates steyermarki is a monotype, meaning that it is the sole member of its genus, known as Minyobates. 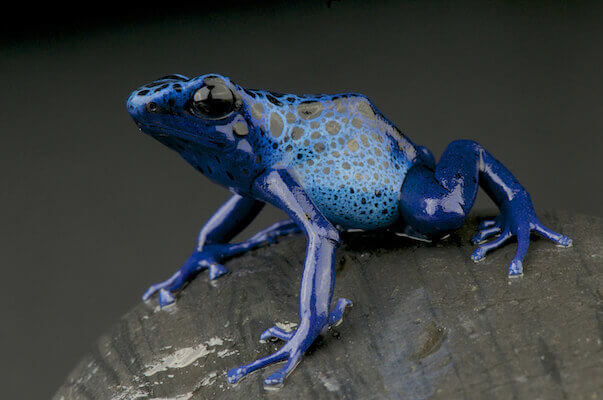 Why Are They Called “Poison Dart Frogs?”

These animals received their nickname after evidence that the mucous from a handful of frog species, all from the relatively large Phyllobates genus, was used to poison the blowdarts of indigenous people. Most tribes tended to prefer using the curare plant for this purpose. 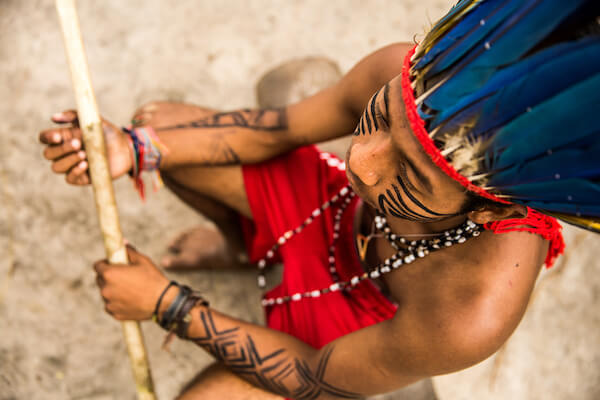 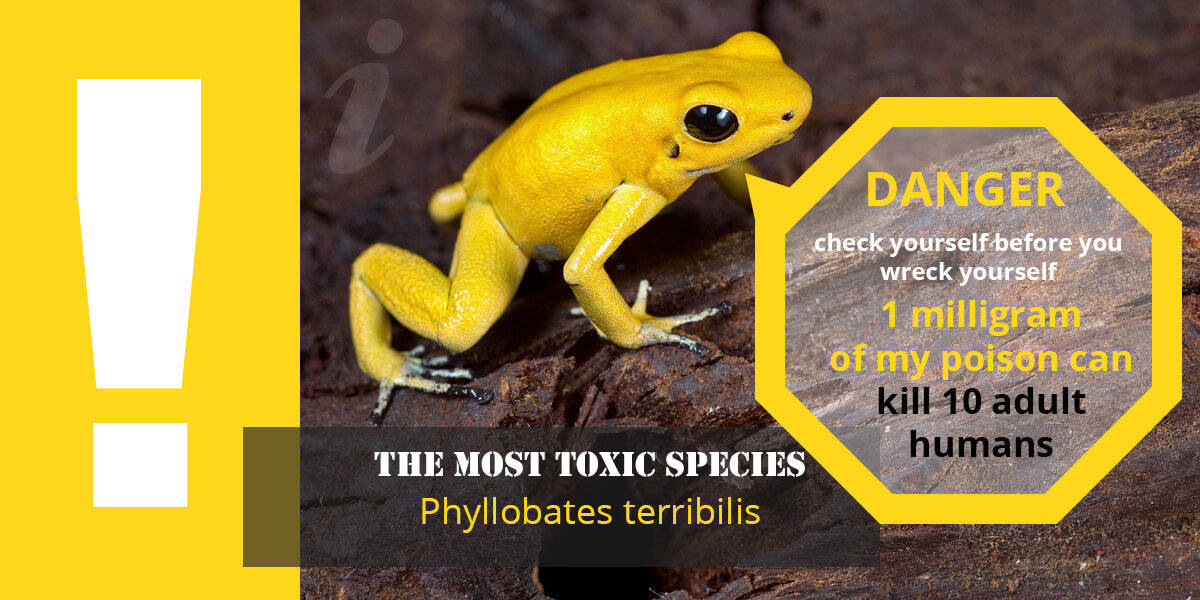 They exhibit “aposematism” or “color warning.” These animals have extremely bright patterns of coloration to signify their toxicity to predators. Some species exhibit “cryptic coloration,” meaning that they do not actually produce any toxic mucous, but merely survive by signalling the implication of toxicity. Generally, the brighter and more vibrant the coloration, the more toxic the frog is or wants predators to believe it to be.

How Big Are They?

Poison dart frogs range in size from 1.5 cm to 6 cm, depending on the sex and species.

Where Do They Live?

Although poison dart frogs are chiefly found within the tropical rainforests of Central and South America, at least one species was introduced to the United States of America by way of Hawaii. Although they are tree frogs, these animals can generally be found along the ground and in foliage no more than 30 feet off the ground.

How Poisonous Are They?

The answer to this question depends on two factors.

Factor #1: Is it a species that actually exhibits poison mucous?

Despite their common name, only three species of poison frog, Phyllobates terribilis, Phyllobates aurotaenia, and Phyllobates bicolor were ever used to coat the tips of darts by indigenous peoples. The most toxic species, Phyllobates terribilis is capable of producing 20 times as much batrachotoxin and homobatrachoxin as other Dendrobatidids; these two poisons affect the heart and nervous system and their name literally translates as “frog poison” in Greek.

Factor #2: What does the poison frog eat?

Only poison frogs that consume vermin like ants, mites and termites are able to secrete their trademark poison and such creatures tend to focus their diet on such fare. Furthermore, it is believed that most of the insects such frogs consume tend to only make those frogs poisonous because of the insects’ diets of poisonous plants. Poison frogs that rely on cryptic camouflage tend to have a much wider-degree of diet thanks to the freedom of not needing fuel to generate the highly-noxious toxins iconic to the animals. Domesticated poison frogs tend to have a diet that excludes the sort of insects that allow them to secrete toxic mucous.

How Dangerous Are They Compared to Other Poisonous/Venomous Animals?

Unless you are planning a trip into the tropical jungles of Central or South America, you have relatively little to fear from poison dart frogs. Even upon encountering a legitimately poisonous poison dart frog, you are perfectly fine unless you come into physical contact with it. Because their poisonous mucous works entering the body through the skin, these deadly animals can be handled with gloves. Lastly, poison dart frogs are passive threats; their poison is on their skin, rather than on a natural weapon like a snake’s fangs or a scorpion’s tail. 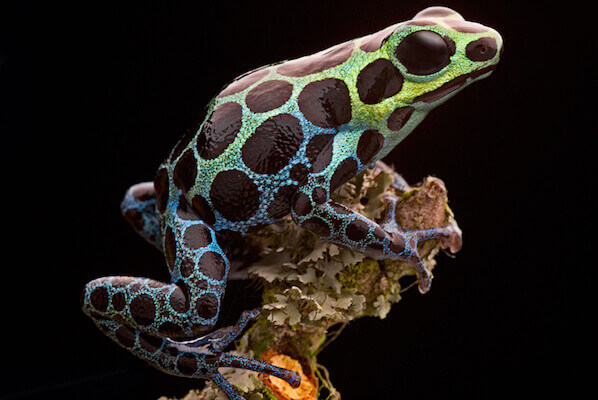 In the grand scale of poisonous and venomous animals, the golden dart frog (Phyllobates terribilis), the most toxic among its Family, would be placed right between the cone snail’s conotoxin, which there is no cure for, and the box jellyfish’s nematocysts, which affects the heart, nervous system and even the skin. A golden dart frog’s poison is strong enough that a single frog can kill 10 men with a single dose; it only takes 2 micrograms, an amount that can fit on a pinhead, to fell a single human adult. While the cone snail and box jellyfish are relegated to just the ocean, the golden dart frog’s habitat continues to shrink due to urban development. When assessing the poison of most other species, the overall effect is an incredibly unpleasant taste when a predator’s attempts to eat it.

Beyond batrachotoxin and homobatrachoxin, the poison secreted by these frogs can include:

5 thoughts on “Can You Die from Touching a Poison Dart Frog?”