Skip to content
What Is the Largest Type of Rabbit?
Flemish Giants are the largest breed of rabbits, often referred to as the ‘king of rabbits’ due to their enormous size. Flemish Giants routinely reach an adult weight of 14 pounds, but Giants have been recorded hitting weights of as much as 22 pounds.

In the wild, the average rabbit tends to weigh anywhere from about 1 to 4 pounds. It would take about 9 such rabbits to equal the mass of the largest rabbit in the world. 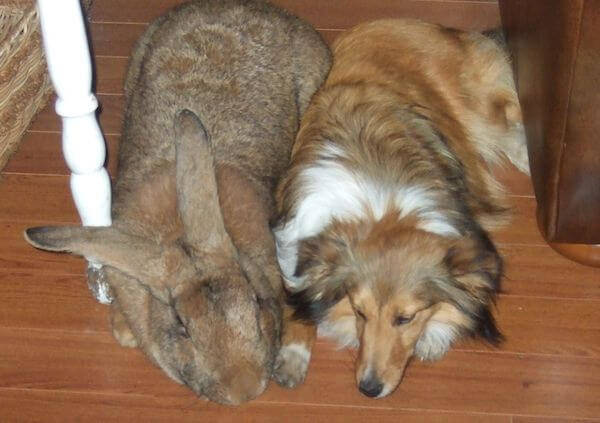 There’s a wide range of sizes from breed to breed of rabbits, with the heaviest breed of rabbits tipping the scales at over 20 pounds. Here are a few facts about giant rabbit breeds:

The American Rabbit Breeders Association (ARBA) recognizes a handful of giant rabbit breeds. Here are five of the largest:

Originally from Turkey, Angoras were popular among French Royalty for their fur, which was woven into angora wool.

Giant Angoras tend to have an easy-going temperament. 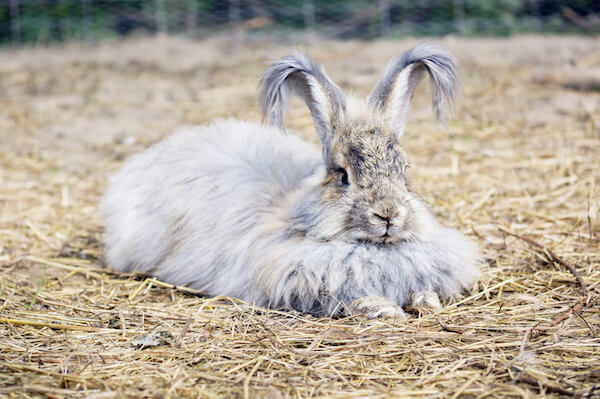 The French Lop, which weighs about 10 points on average, was originally bred in France, where it was created by the crossing of a butterfly rabbit and an English Lop.

French Lops have short ears which hang down each side of its head, and are known to be intelligent and of easy and calm temperament. As such, they tend to be a good breed for interacting with children. French Lops like company, meaning they should be kept in pairs whenever possible. 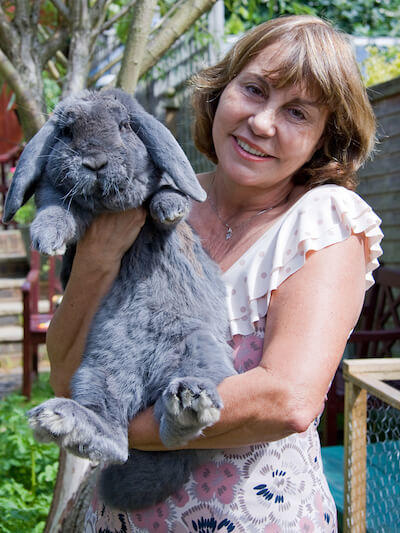 No one is precisely certain as to the origin of the Checkered Giant, though some speculate that it came about from crossing a Lop with a Flemish Giant.

The Checkered Giant derives its name from its unique color pattern, featuring a white coat with blue or black markings. It has circles around its eyes, a dark strip of fur down the length of the spine, and a butterfly on its nose.

Checkered Giants are known as a breed of nervous temperament, and have been known to bite on occasion. Experience is needed if raising or showing the breed. 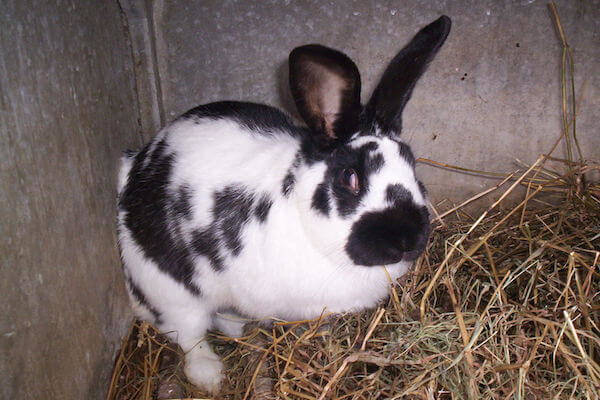 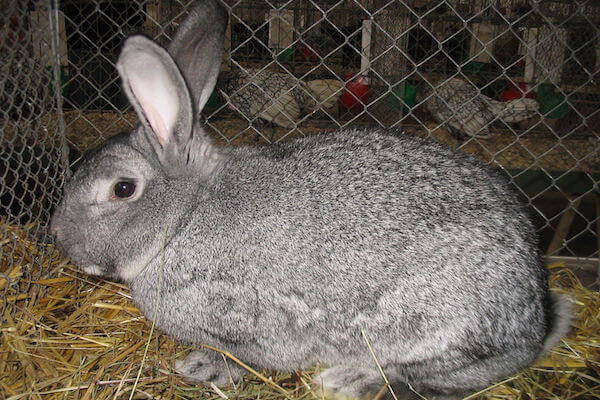 Flemish Giants are believed to have come from stone rabbits in the Flemish region, though specifics are unknown.

Flemish Giants are a hardy breed, and if socialized at a young age tend to be of a gentle temperament.

How Large Do They Get?

The largest Flemish Giants on record tip the scales at over 20 pounds, and have been measured at lengths of over 4 feet.

One of the most famous Flemish Giants was named Herman, and clocked in at 22 pounds. Another celebrated Flemish Giant was named Rudi, and outweighed Herman by two pounds. Herman, however, was longer than Rudi, and is generally regarded as the bigger rabbit overall. But then there is Humphrey, a French Lop that’s over 42 inches long.

Flemish Giants can be tolerant of handling and docile, but must be handled frequently to reach that temperament. If improperly handled or neglected, they can become either fearful or aggressive.

Anyone thinking about getting a Flemish Giant should be aware of a few special conditions when raising the breed.

First of all, because of their weight Flemish Giants are particularly prone to sores on their feet and hocks if caged with improper gauging.

Second, Flemish Giants need a good deal of space to flourish. It’s recommended that they receive at least 5 feet of floor space, and even more for larger than average Flemish Giants. 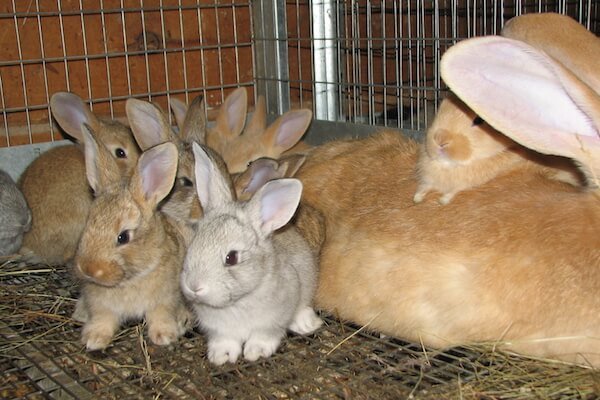 A Flemish Giant reaches full size at about a year and a half, and lives around 8 to 10 years.

Do They Make Good Pets?

Flemish Giants can make excellent pets. However, it’s best to know certain things about them before considering them as a potential pet.

If all of the above sounds reasonable and you want to own the ‘King of the Rabbits’, a Flemish Giant could be the rabbit for you.