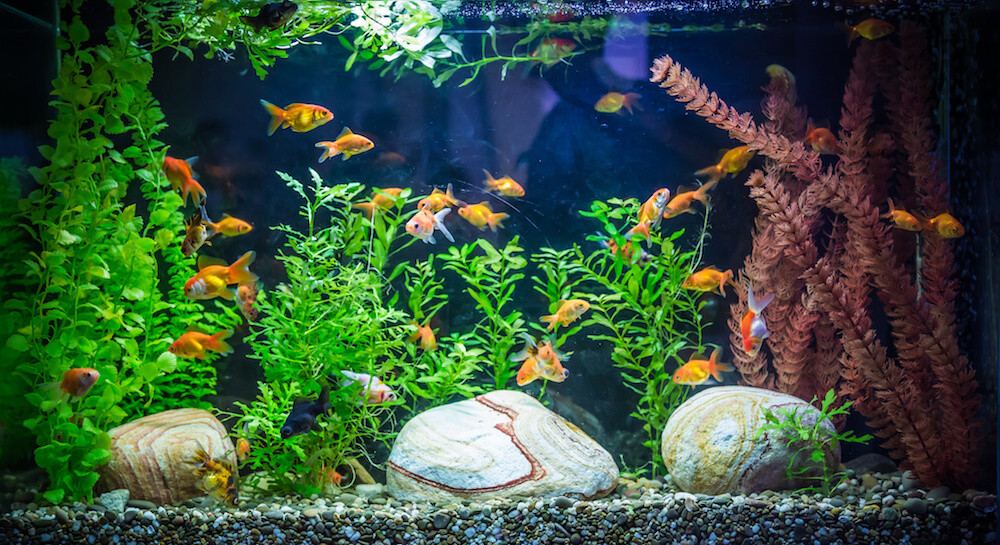 There are thousands of different species of algae that range from a microscopic single cell to strands of seaweed kelp that can resemble a plant. Green algae is a primitive aquatic organism that contains two forms of chlorophyll that converts energy from the sun into food in the form of sugars and lacks any true stems, leaves or roots. Certain single celled types of green algae can create ‘pea soup’ green colored water. Stringy types of green algae can create a blanket on the surface or cover rocks and plants. Algae found on aquarium glass and decorations can come in the form of film, spot and fuzz.

Where Does It Come From?

Algae spores are everywhere in the world. Algae can show up in your indoor goldfish by way of airborne free floating spores, through spores that live in water or through spores found in living organisms, including humans. Given the right conditions, these spores can grow into algae blooms.

What Causes a Bloom?

When there is an abundant amount of dissolved waste and nutrients in the water; the temperature of the water is warmer; the water receives direct sunlight or too much artificial light; an absence of algae eating fish or a lack of live aquatic plants. 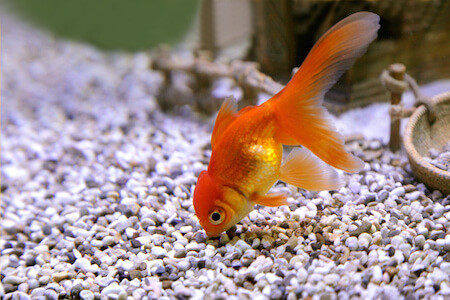 Some strains of algae are toxic but many are harmless but it’s difficult to tell with the naked eye which is and which isn’t. However, many types of algae that are commonly found on the sides of aquarium glass or on aquarium decoration and aquatic plants called film, spot and fuzz are not typically harmful.

How Do you Remove It?

Physically remove the green algae with a net and algae scrubber. It is also a good idea to do a significant vacuuming of the gravel. Using chemical products should be a last resort since they can affect your aquatic plants or fish if you use more than the recommended dose.

How Do you Prevent It?

Green Algae in Your Goldfish Pond

Green algae blooms when there are sufficient nitrates in the pond water and plenty of direct sunlight. The long hot daylight hours in the summer are ideal conditions for green algae to thrive. Just like the green algae in goldfish tank water, these algae outbreaks can come in many different forms and cause problems in your goldfish pond. 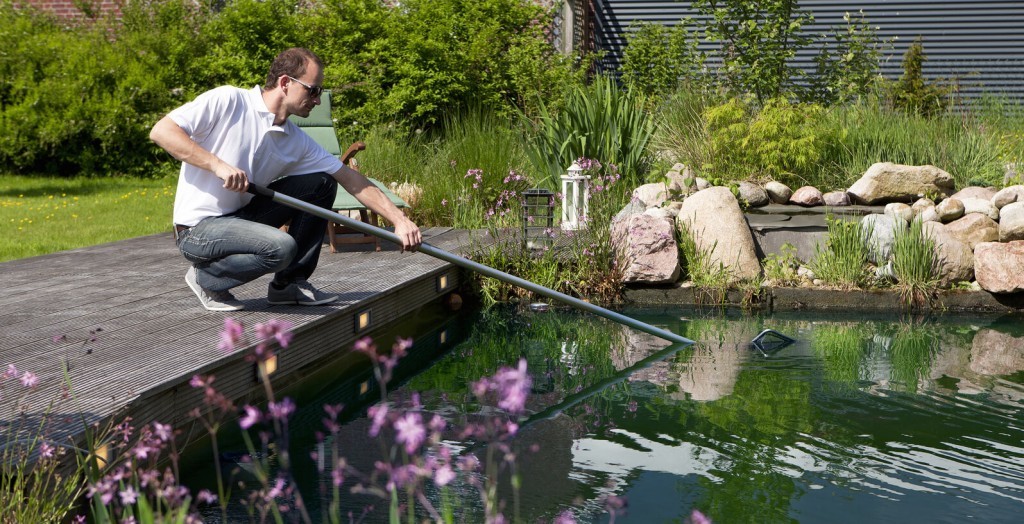 What Are The Types of Pond Algae?

The green ‘pea soup’ water conditions that cause algal blooms are single celled forms of algae. When this shows up in your goldfish pond, it is a sign of poor pond water quality. This happens in new ponds Poor quality water in a goldfish pond can be caused by excessive nutrients in the pond water due to over feeding, overstocking with fish or a lack of biological filtration.Blanketweed is a species of filamentous algae that resembles strings of thread or silk. In a goldfish pond, It will clog up the filters and air pumps, cover the aquatic pond plants that help produce oxygen. Some blanketweed in a goldfish pond is not a serious problem but it soon can become a nuisance in a well lit pond with excessive nutrients and a lack of aquatic plant life. Completely eliminating blanketweed can difficult due to its ability to adapt and become resistant to certain chemical treatments.

How Do You Remove Algae From Your Pond?