Boxers may be confused with or considered a type of pit bull in certain areas. This means they are illegal to own in some places. As a result, shelters are often crowded with them. Boxers can be hyperactive in some settings but are good for an active single person or couple. They like running, swimming and playing fetch but should not be allowed to play too hard since they are brachycephalic. They are loyal and fun-loving, with a tendency to roam. 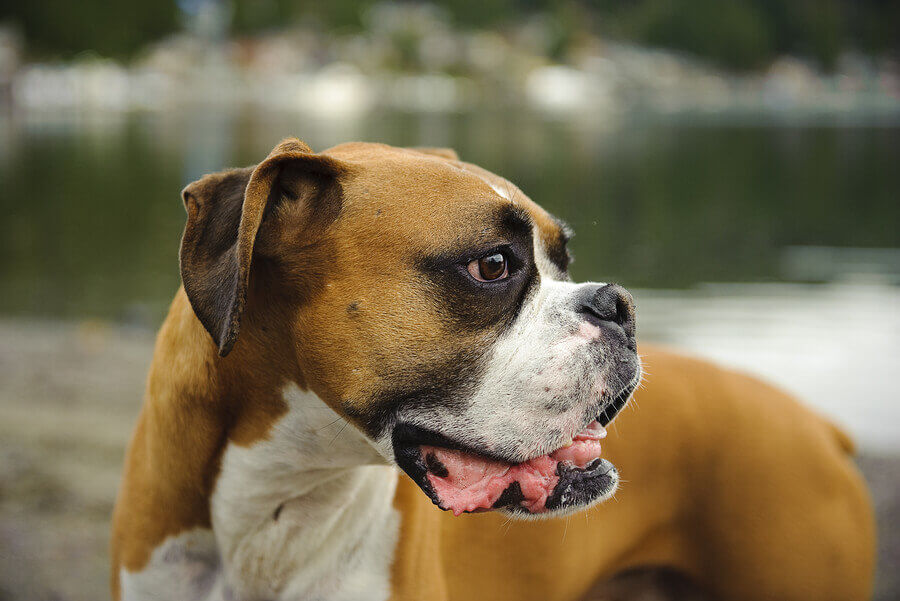 Boxers need constant attention or they will be destructive. They also often run away, only to become lost and unable to find their way home. They should live in an area with a large, fenced-in yard. They are too boisterous for children, first-time dog owners and sometimes other dogs. Boxers are notoriously difficult to train, so they require a patient and experienced owner.

Boxers have a tendency to gorge themselves. They will eat their food too fast and vomit, or worse, bloat. They can also bloat simply from being so active. They should eat small meals throughout the day. Garbage bins must be kept secure so they do not get into them. Boxers will also chase and kill animals to eat, which owners should try to prevent. A boxer that eats a poisoned mouse will be poisoned himself. There’s also the fact that squirrels, oppossums and other prey species often carry diseases and parasites.

Sadly, boxers are often hit by cars or euthanized at dog pounds. This is because they jump over fences, or dig beneath them, and then roam for miles, ultimately becoming hurt or lost. Another health risk is their tendency to over-exercise, which can result in bloat or heat stroke. Boxers often are hyperactive and have trouble winding down. A good owner will work with the dog to discover a perfect activity level that is neither over-stimulating nor under-stimulating.