Second only to the labrador retriever in popularity, the German shepherd dog has been an extremely common breed for decades. There are many strains of German shepherds. Some are high-strung and aggressive, but most are gentle, intelligent, and protective of children. Some have high prey drives while others are careful not to harm smaller pets. 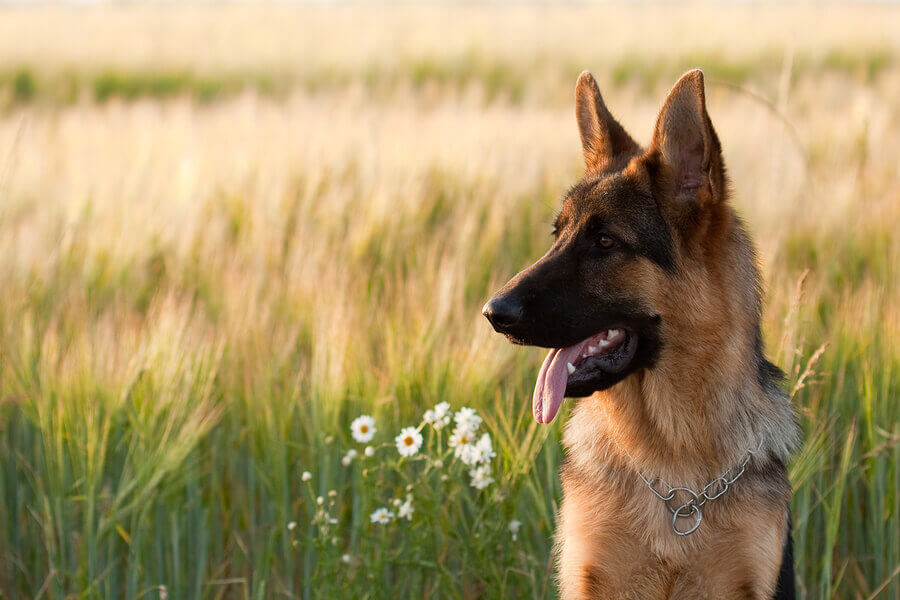 German shepherds need a high level of physical and mental stimulation because they are powerful, thinking dogs. They can not get enough exercise just being left out in a yard all day. They are likely to dig holes under fences and run away if left alone in that manner. German shepherds are masters at agility and other dog sports. They need a family that is very active to keep them happy. They bond very strongly with their families and must be treated with respect.

German shepherds are not just large, but they are very active. As a result, they eat a massive amount of food compared to similar breeds. Care must be taken that they do not eat too much or too quickly, especially before or after exercise. This is a breed that is likely to suffer from bloat, a stomach injury requiring emergency attention immediately. Without immediate surgery, a dog suffering from bloat will die quickly.

Besides bloat, there are other health issues plaguing this breed. Unfortunately, due to generations of poor breeding practices, many German shepherd dogs suffer from painful problems in their hind legs. This is probably not noticeable in puppies but will become apparent as the dog ages. Many Shepherds have to be euthanized at a young age when walking becomes agonizing or impossible.