Permanent nose color in dogs is determined by genes. Most dogs have black noses. This black color is caused by an intense deposit of melanin, which is a substance that gives skin, fur, and eyes their color. Just like some dogs can have blue eyes or white fur, others can have a pink nose. Pink means that there is much less melanin in the dog’s nose. Since melanin helps to protect against sun damage, it’s important to apply a dog-safe sunblock preparation when the dog is outside, especially for longer periods of time. 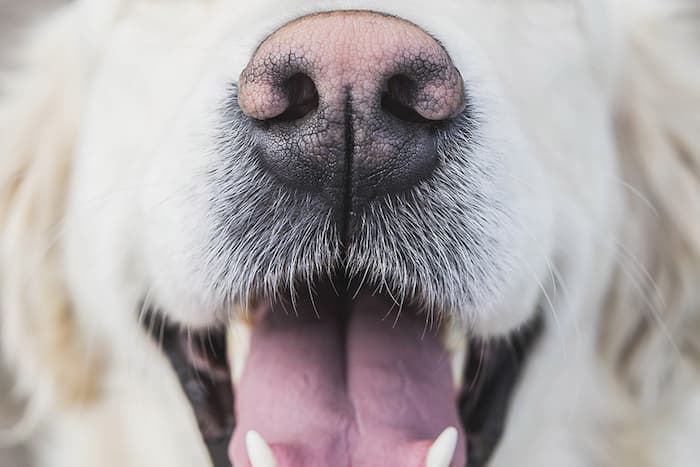 While some dog breeds feature a naturally pink nose, some black-nosed dogs can also have a fading of nose color due to certain conditions: 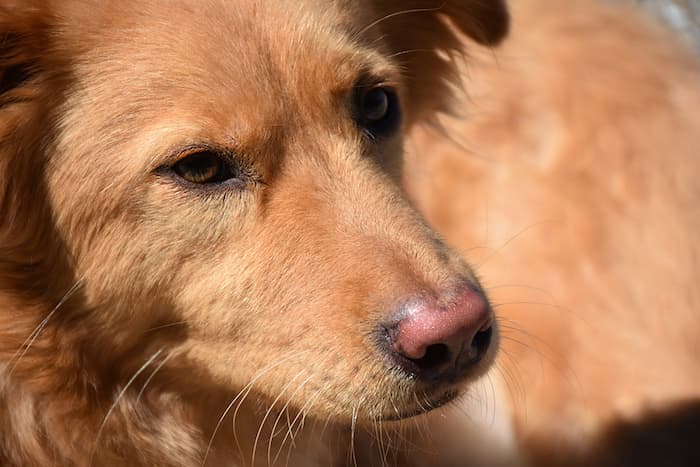 An auto-immune disease is one in which the body attacks its own tissues. In the case of an acquired pink nose, the dog’s normally black nose may turn pink because the cells that make the melanin pigment are being destroyed. Over time, the nose turns pink as the melanin cells gradually cease to make their normal black pigment. This is similar to the human condition vitiligo, which also causes a slow fading of normal skin color. A pink nose caused by colder weather is often seen in the Siberian Husky and is called snow nose. Some dogs are allergic to a chemical sometimes found in plastic food dishes. This can also result in a loss of nose pigment. 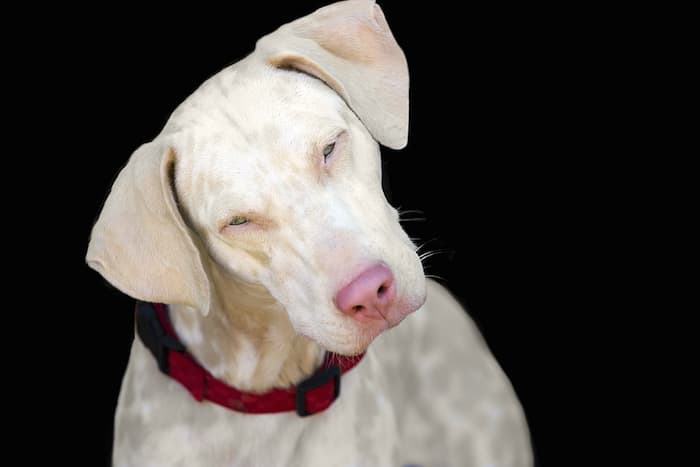 Some dogs have a mix of pink and either brown or black on their noses. This is called a butterfly nose and is the result of genetics. A Labrador Retriever with a naturally pink nose is called a Dudley Lab. Labs are born with pink noses that usually turn black as the pup grows older, but the Dudley Lab’s nose stays pink.