Chow Chow dogs are known for their dramatic-looking blue-purple tongues. The tongue may be a solid color or may display spots of pink. Chow Chow puppies are actually born with pink tongues. When the tongue begins to darken to blue-purple at about eight to 10 weeks of age, some pink spots may remain. While it’s not known exactly why the Chow Chow has this colorful feature, the color itself is simply caused by concentrated deposits of a substance called melanin. Melanin gives dogs their fur, skin, and eye color, too. 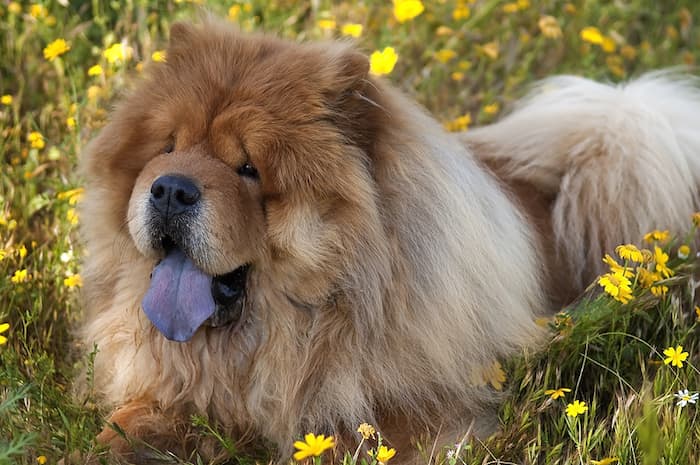 The Chow Chow is not the only breed with dark blue-purple tongues. Another Chinese breed, the Shar-Pei, has this feature, too. In fact, many breeds may show purple spots on a pink tongue, for example, the Golden Retriever. However, purebred Chow Chow dogs never have all-pink tongues. Some may have pink spots, but all will have an otherwise blue-purple tongue. An adult dog that looks like a Chow Chow but has a pink tongue is almost certainly not a purebred Chow Chow and may not have any Chow Chow blood at all.

The Chow Chow is a member of the spitz dog family. Other breeds in this classification include:

Although they vary in size, all these breeds match a general appearance and have triangular ears, thick, puffy coats and a curled tail held over the dog’s back. 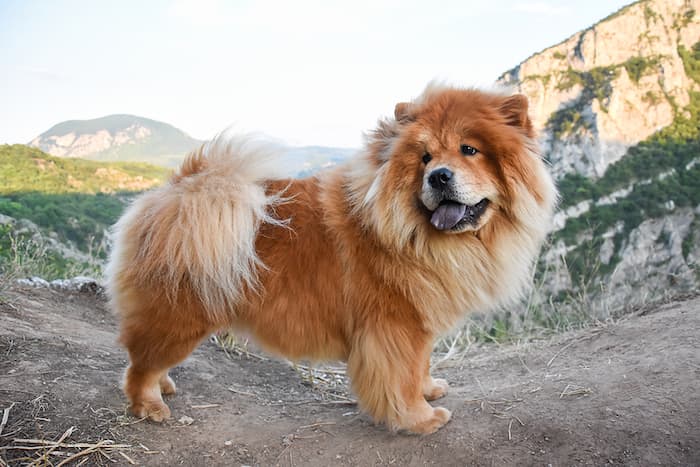 This handsome fellow is a cross between a wolf spitz, a Samoyed and a Chow Chow. The purple-blue tongue almost certainly comes from its Chow Chow heritage.

It’s rare to see this guy outside of his native Thailand, but if you do, you will note the magnificent purple-blue tongue and back fur ridge.

There are thought to be fewer than a thousand of these dogs in the world. They feature a blue-purple tongue and a unique ridge of fur along the back, kind of like a hyena.