You undoubtedly have seen many dogs with striking blue eyes and not given much thought to the reason. 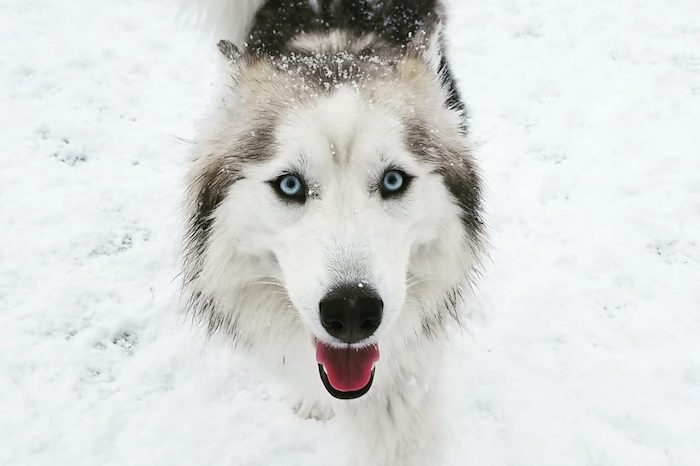 A few breeds, like Siberian Huskies, have distinctive blue eyes as a common and desirable trait. Blue eye color is part of the breed standard and occurs in dark- and light-coated dogs alike. Experts believe that Huskies, unlike people, inherit blue eyes as a dominant trait. Pembroke Welsh Corgis also show this tendency.

Eye Color Based on Coat

Other dogs exhibit blue eyes as a direct link to their coat color. For example, a merle Shetland Shepherd, Dachshund, Catahoula Leopard Dog, or Cardigan Welsh Corgi can have one or both eyes that are blue. Dalmatians, who exhibit spotting through a unique manifestation of the piebald gene, usually have brown eyes. Extreme piebald penetration will cause deafness and sometimes lack of eye pigmentation, making the windows to the soul appear blue. The Panda German Shepherd is another example of a unique piebald gene, the KIT genome, that may or may not produce blue eyes. Great Danes similarly have blue eyes from the Harlequin gene. 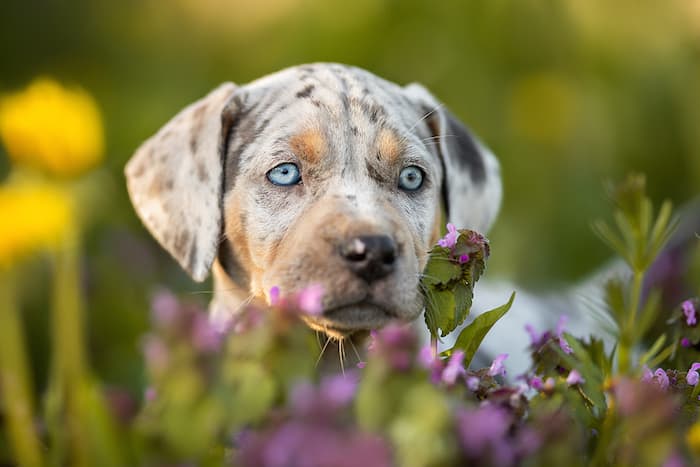 Red Australian Shepherds have blue eyes sometimes as a recessive gene and occasionally as a result of the merle gene. Red Aussies who have blue eyes may have a merle gene they cannot express through their coat. Merle marbling only affects eumelanin or the dark pigment in black hairs. 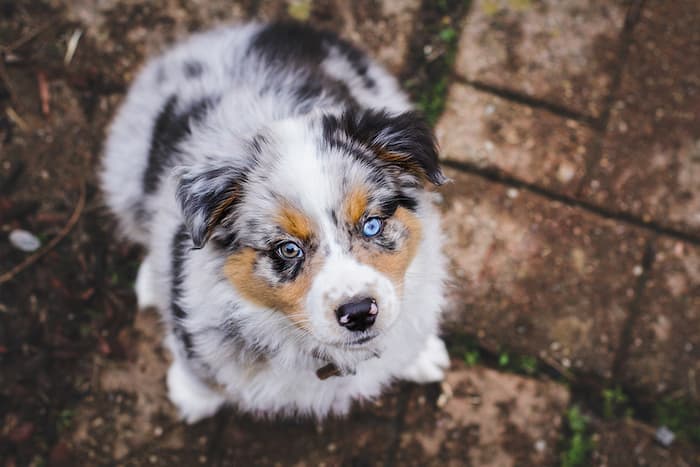 Dogs with a largely white head like the Old English Sheepdog and some Border Collies can have blue eyes because of a masking gene. Finally, dogs with blue, liver, or Isabella fur will sport light-colored eyes because of a dilution gene that suppresses both coat and eye pigment. The Weimaraner is a classic example of this as all specimens are either blue or the more preferable Isabella (dilute liver) color. A Weimaraner’s eyes can range from amber to greenish to smoke gray to ice blue. Blue Pit Bulls, Cane Corsos, French Bulldogs, and German Shepherds all illustrate dilution of coat and eye pigmentation, resulting in smoke gray, hazel, or blue eyes. 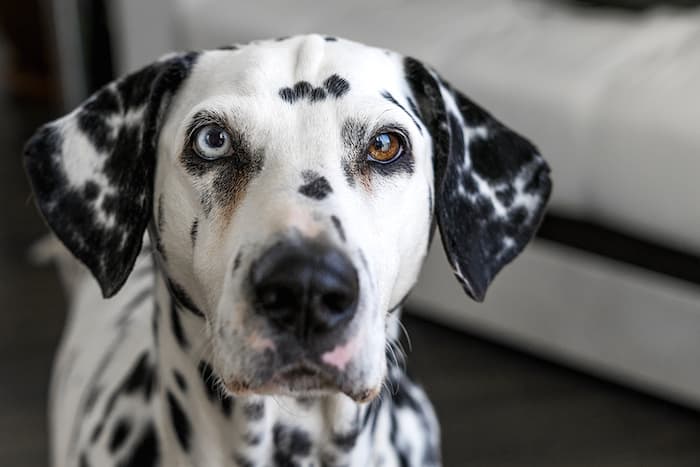 Australian Heelers are neither merle nor do they have much obvious white directly around their eyes. However, roan represents an extreme piebald pattern whereby the dog is mostly white with heavy ticking. Occasionally you will get blue eyes from the piebald gene.