A group of goldfish is called a troubling but that doesn’t mean your goldfish will have any troubles with having tank mates. It’s the group that can be trouble not the individual due to their messy and sometimes destructive behavior. However, by nature, goldfish are social creatures and absolutely prefer to live with others and should be, given the right circumstances.

What Types of Fish Make for Good Tank Mates?

The best roommate for a goldfish is another goldfish.

Furthermore, if all of your goldfish’s tank mates are somewhat similar in size and type, you don’t have to worry about any problems with socializing. For instance, a large goldfish can eat a small goldfish given the opportunity but if they are similar in size that can’t happen. In regards to similar types, if you keep fancy breeds among the more common types, it is possible that the slower fancier breeds won’t be able to compete for food with the faster common types.

Ultimately, by keeping all your tank mates in the goldfish species and close to similar breeds, it will make it easier to care for them in terms of water quality, temperature, filtration, aquatic plants, feeding and so on. 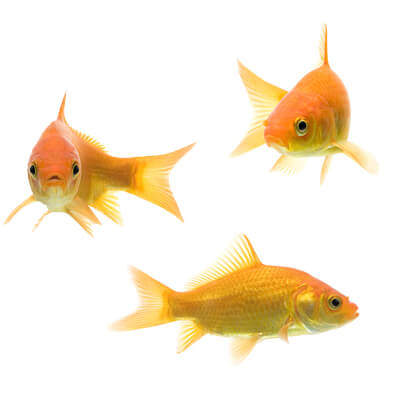 How Many Fish in the Same Tank

It should be noted that in order to keep multiple goldfish in the same tank, you need adequate space. Always remember how many gallons each fully grown goldfish will need before stocking your goldfish aquarium or goldfish pond (10-15 gallons/goldfish). If you stock too many in the same habitat, be prepared and willing to upgrade your tank later. If you don’t make the you may quickly watch your goldfish become unhappy and unhealthy due to overcrowding and potentially poorer water quality.

Question: Can I introduce an algae eater or pleco fish into a goldfish tank to control the algae growth?

Answer: Algae eaters should NOT be in the same tank as a goldfish for many reasons. 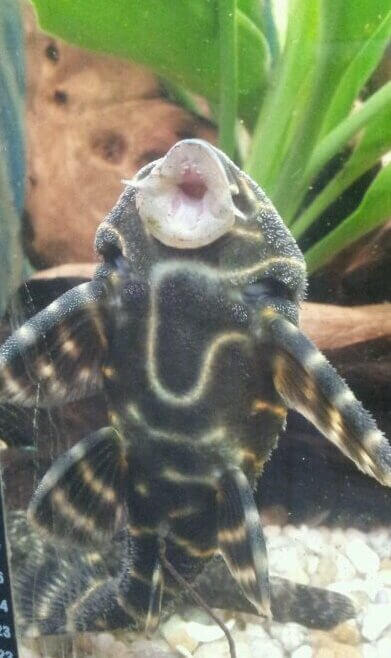 My algae eater ate the tail off of one my goldfish. I got rid of that one and got another kind. This morning one of my fish was dead and I caught the algae eater sucking on it. – Cathy O

Aquarium snails are another algae eater that you should also avoid introducing into your goldfish tank. Your goldfish are likley to nibble on the snails eyes and end up killing it eventually.