A dog can bring great pleasure and joy in your life for a variety of reasons. But as the owner of a dog who’s on the small side, you’ll also have your fair share of concerns and worries, since your canine may be more at risk from attacks. One common question is, can large birds attack small dogs? This is important, as depending on the area you live in, big birds of prey, such as hawks or other types of raptors, may be prevalent.

Below, we’ll look at the threat posed by various larger birds to your canine, as well as what you can do to protect it from danger. 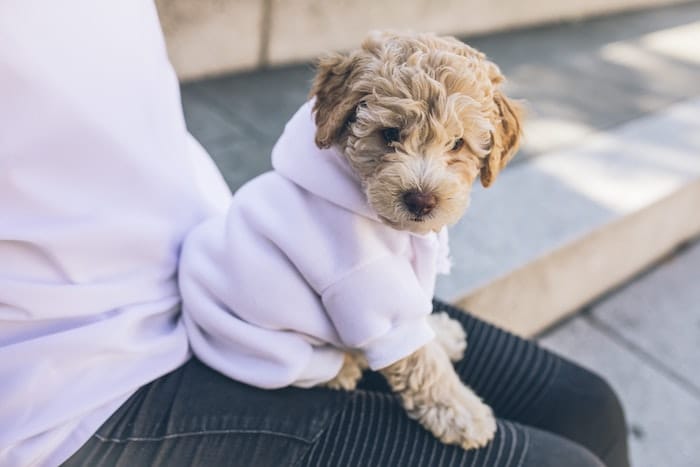 Unfortunately, yes. Birds of prey will often be on the hunt for small prey, and won’t really care if the dog in question is your beloved pet, or lunch. Unfortunately, small animals who spend a lot of time outdoors unsupervised are most at risk from a raptor attack.

Larger animals, like big dogs or even heftier house cats aren’t generally at risk, since the birds will recognize them as a potential opponent, and steer clear. But small dogs (particularly toy or miniature breeds) and cats are at risk from getting swooped up.

Tip: If you also care for other animals, like chickens, ducks, guinea pigs, or even rabbits, bear in mind that they, too, are at risk from raptor attacks. 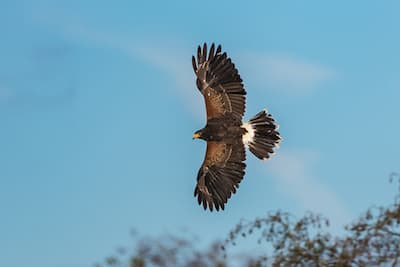 Why do birds attack, and which birds should you be worried about?

Obviously, not all birds operate the same. For instance, you won’t find any homeowner worried about a pigeon attacking their dog. It’s good to know which birds are a threat and which aren’t, because then you can figure out if such birds are common in your area.

Birds of prey most likely to attack small dogs are:

Careful, that’s not to say other birds of prey aren’t a concern. Generally, if you know your area to be particularly hawk-heavy, you may want to take steps to protect your pet, regardless. Just know that the above birds have been most known to attack small pets.

Now, let’s talk for a second about why birds attack. Keep in mind that unlike other predators, these birds of prey don’t generally attack just to tease their prey. Cats, for example, are well-known for enjoying the hunt, and teasing their victims. However, that is not the case with birds of prey. They will normally attack either to get food, or else, to protect their nest. Since it’s unlikely that your small earth-bound dog will pose a viable threat to their nest, birds usually attack small pets as a means of getting food. 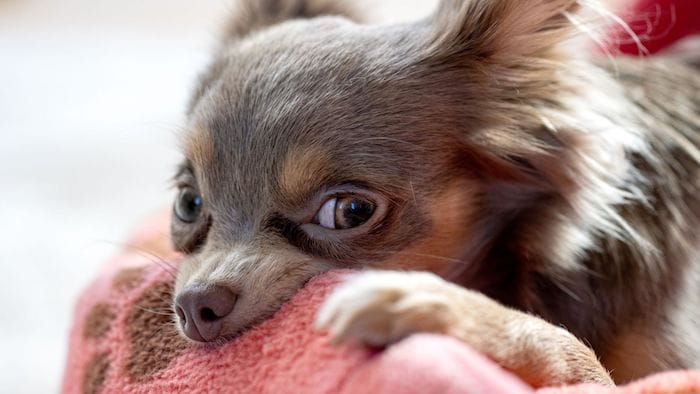 How can you protect your pets?

Well, the first thing you want to do, if you’re worried about a bird attacking your dog, is ask professionals like the Wildlife X Team for help. They are the only ones licensed to assess your property, identify what may be attracting birds of prey to the area around your house, and also be able to advise you on how to deter birds of prey. They’ll also know the best steps for protecting your pet, tailored specifically to your situation.

However, before you call a professional wildlife removal company, here are some general tips on protecting your pet from birds of prey.

1. Keep your pet indoors, and keep an eye on it.

Since small animals spending time outdoors unsupervised are at risk, then the solution seems fairly simple, doesn’t it? Restrict the time your pet spends outdoors to portions where you can afford to supervise it. This will not only provide you with peace of mind, but will actively deter birds of prey. If they see that their “prey” is accompanied by a comparable foe, birds are unlikely to swoop down and attack, thus effectively keeping your pet safe.

However, since it’s unlikely that you will be able to be with your pet all the time, or keep it indoors at all times (which would be harmful), here are some other steps you might take.

2. Provide a covered area for your pet to play in.

Letting your pet roam outside isn’t such a problem, as long as the area it’s in is covered with trees and shrubs. These will provide your pet with cover, and protection from the sky, while also allowing it to experience the outdoors. Not only does this keep it safe from predatory birds, but it will also prove beneficial for pets, since it creates more shadow, and thus makes it more pleasant for a pet to be outdoors.

So planting shrubs and trees can add more protection to your yard, and thus make it a raptor-free haven. 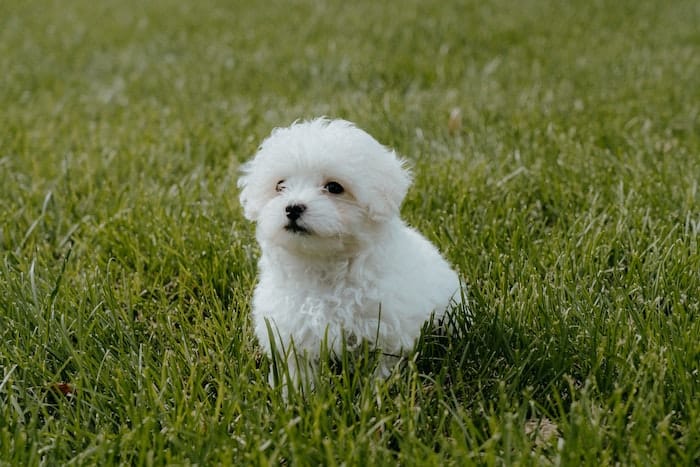 Or if you have more pets already, let them outside together. Raptors actually don’t like to attack when other animals are present. They’re generally afraid that the other animal will try to “steal” their prey, or else attempt to defend it. And since raptors aren’t that big a creature, they generally know who they can and can’t take on. So letting your pets play outside together, especially if you also have larger pets, might be a sound idea.

And if you don’t have more pets, you can either consider getting another dog, which would have a host of other benefits for your existing pet, as well as protection. Failing that, consider letting your dog play outside with other neighborhood dogs, or friends’ dogs, as this will have the same effect.

A dog is naturally curious, but in this case, that can work against him, since a bird that’s being harassed by a playful dog is likely to interpret it as a threat, and attack. Train your dog to leave birds alone.

This should go without saying, but if you want to deter birds from nesting on your property, avoid bird-feeders and birdbaths, and don’t encourage birds to hang around.