The beauty of the Siamese fighting fish, or betta, is unparalleled. They move through the water with ease and grace, seemingly calm. Bright colors adorn their fan-like fins and tails, attracting many people to them.

Originally from freshwater rivers in Eastern Asia, these little beauties have traveled worldwide to become pets in homes that want exotic-looking animals. Fish is not the kind of pet everyone would choose, and taking care of them can be hard work. 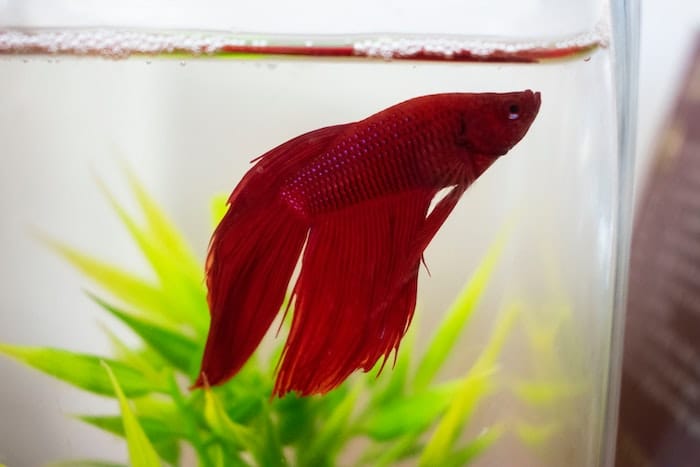 Fighting fish, especially, have precise care instructions, and there are a few mistakes to avoid when first getting them as pets:

1 Adding Them In With Other Fishes

As their name implies, these feisty little fighters will attack other fish and continue to do so if no one intervenes. Putting them all in separate tanks is not always an option. So, what else can their owner do for them?

Unlike most other animal species where the males tend to be the most aggressive, the females establish the pecking order for these fish. An excellent way to socialize with them and assist the fish in settling into the same environment is by putting them in a sorority tank.

After the fish get used to each other, they are more likely to co-exist in the same tank. If one keeps fighting, the owner should remove that one and keep it separate from the rest.

The betta fish naturally swim in shallow streams, but they are still free to roam the entirety of the area. It means they don’t do well in small fish tanks or enclosures. If the fish doesn’t have enough room to move, it could become frustrating for them.

Although most pet stores will recommend a five-gallon tank for one fish, the fighters will thrive when they have more space than that. Tanks ranging between ten and twenty gallons seem to be ideal for them. 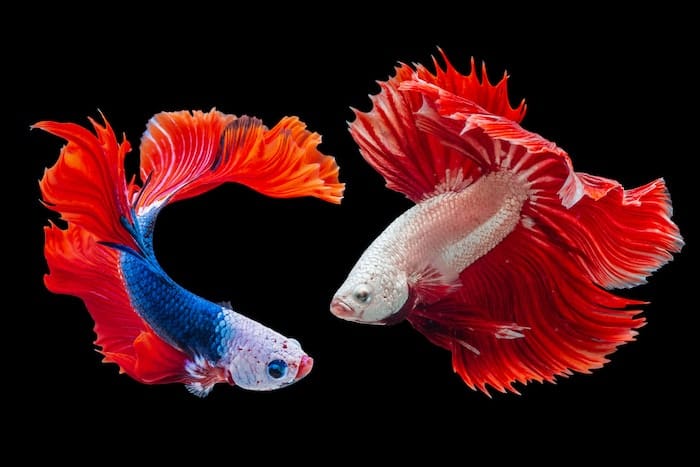 3 Keeping Them In Cold Water

The shallow streams that the fish inhabit have one crucial benefit for them. Because the water isn’t too deep, it heats up rather quickly from the sun’s heat. For this reason, betta fish still prefer a warmer climate for their tanks.

A temperature of around 78-80°F is a cozy amount of heat for them to be happy and healthy. Cold water doesn’t do them any good. Additionally, it may cause them to become lethargic or even die from the lack of heat.

4 Not Giving Them Places To Hide

It is necessary to have soft, grass-like additions to the tank or add a fish cave and tunnel too. Avoid spikey edges as the fighter fish’s fins are very delicate and snag on rugged items. The female of the fishy species can be very territorial and would want a hideout for themselves. Having a few places for them to try out before deciding on the one they like would be best for them.

5 Feeding Them Too Much

Because the betta fish has a diet rich in protein in the wild, this is what they would need when having them as a pet too. They need to get the right amount of food specifically made for them. However, feeding them too much could leave some undigested food in the water, pushing up the ammonia levels in the water. An increase in ammonia will affect the fish’s health and could send them to an early fishy grave. 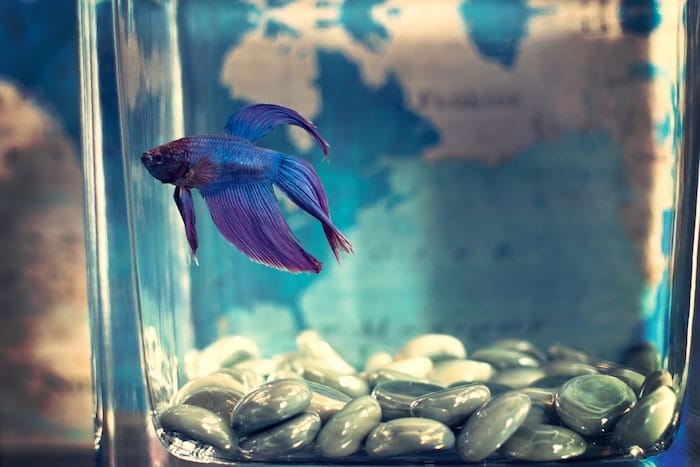 6 Not Giving Them Room To Come Up For Air

From time to time, the fish would want to go to the surface to take in some air. They use their labyrinth bladder to do this. Not allowing them to go up could have adverse effects on this part of their bodies.

Leave some room between the water surface and the lid of the tank so the fish can move around freely when taking their gulps of air. Be careful not to leave the tank uncovered, as the betta fish can quickly jump out of the water and land on the floor.

A fighter fish can be beautiful, graceful, and provide hours of delight to its owners. For new betta fish owners, it would be helpful to research the fish before rushing out to get some. Ensure that everything is in place for them when bringing them home.

Avoiding the mistakes mentioned here will help your new fishy friend live a long and happy life. Give them the best environment, love, and care they deserve, and you won’t regret having these beauties in your home.