Dog Breeds, especially silent ones, are the lovely canines that every person should own. Well, if you are a dog owner, you would agree with it, and if you haven’t adopted any doggy until now, you are missing the biggest happiness and fun of your life.

Ready to own a dog? Well, adopt one after reading this blog.

Dogs either bark a lot or don’t at all. But, the silent and quiet canines are the best of them all. Moreover, if you haven’t ever met a pup that doesn’t bark, you must read this to know about them as they can make you fall in love with their wagging tails and cute faces.

With this, the silent pooches look sweeter and stay calm when you need rest or want peace in the home. However, we can’t count the number of dogs that don’t bark on our fingers. Still, we have tried here to cover as many quiet dog breeds as possible. Here, you go!

Under this heading, you will learn about the dogs who are quiet companions and look cute when they wag around you. Well, less-barking can be part of their personality trait, but you can see them screeching at times when something bothers them. Let’s check them out! 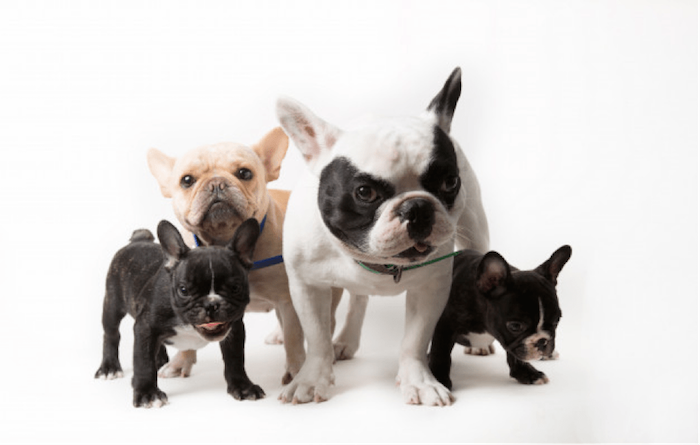 Bulldogs both (French & English) stay silent usually. They love to stay inside and closer to their owners. Also, these are amazing for friendly gossips and lazy games. The study tells that these dogs don’t bark until there is some problem. But, you can hear their snoring or snuffling sometimes. However, there can be many reasons behind their growling like they might be feeling pain, anxiety, or distress for some reason. 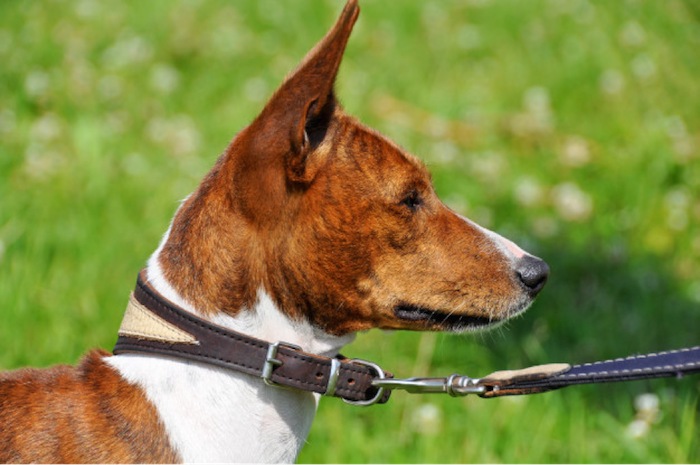 This dog breed may be new for many, but you wouldn’t stop yourself from getting into more details once you know that he is one of those canines who don’t bark. Excitingly, these are also known as Africa’s barkless dogs. Basenji hounds are famous for hunting and other traits like intelligence, the ability to self-control, and undeniably, for not making disturbing noises. But, they usually emit a yodel-like sound (called a “baroo”) instead of the traditional bark.

The Ridgeback Dog breed is often known as “African Lion Dogs” and also hunting dogs. Rhodesian Ridgeback is a good watchdog. However, they rarely bark and are even lazy snorers. These canines are devoted to their families and seek attention at times. Furthermore, they are considered as the bark-less dog breeds because they stay calm, and their looks do everything. With this, their bigger bodies can threaten evils, that’s why you can say it another reason for not barking a lot because they don’t have to release a sound to warn others. Well, Rhodesian Ridgeback hounds bark only when anything irritates them, or they are not feeling well. 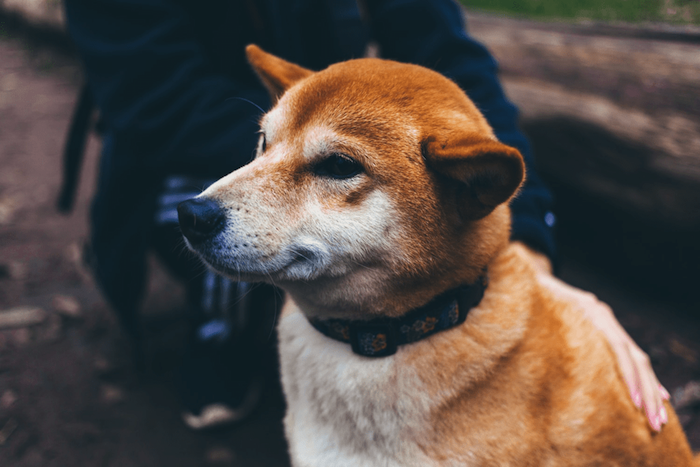 Shiba Inu canines are officially and originally from Japan and famous because of their fox-like face. This dog breed is independent but not a good cuddler and doesn’t bark or growl a lot. Yet, they make a screeching sound if they are upset, which is usually known as “Shiba scream.” Shibas look cute due to their small sizes. More to that, you can get their grooming done at home easily because they love to be cleaned and stay healthy. 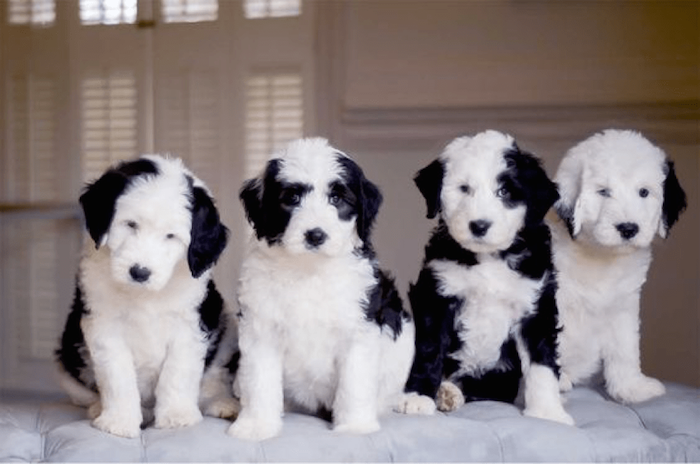 The cross of German Shepherd and Poodle is known as Shepadoodle. These are dogs that have bigger bodies, but they rarely woof. These cute hounds don’t bark at all when they meet with strangers and can interact with other pets friendly. That’s why they are not considered a good watch (or guard) dogs. Well, you can hear their voice only when they see something questionable or anything disturbs them. Whiling owning them, you must know the care guide for Shepadoodle to get a wing to their moods. 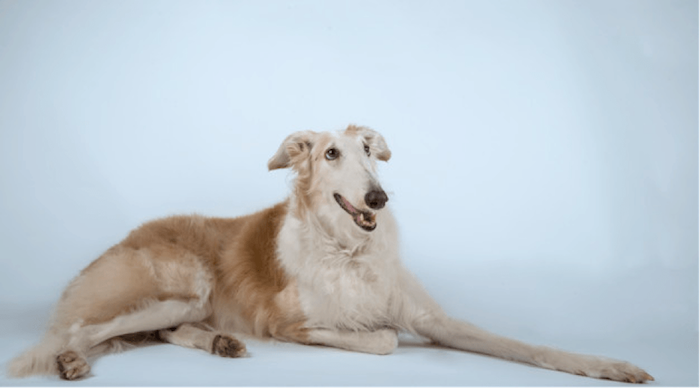 It is a dog breed that is calm like a cat and sprints like a greyhound and is perfect for any dog lover due to their affectionate nature. Being a gentleman, Borzois don’t tend to bark a lot and let the silence prevails. With this, they are good for hunting, but you can’t trust them with your house or anything. The reason is the same; they don’t woof because they bother less. That’s why these large dogs are not suitable for guarding. Well, you can make yourself stand out among other dog owners as Borzoi can make you proud with his astonishing looks. 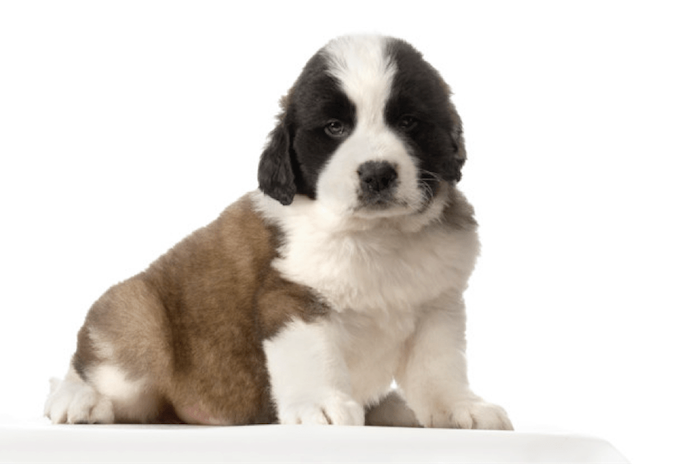 Saint Bernard belongs to the working dog breed (specifically in Switzerland) and is rarely seen barking. However, they yap in the presence of strangers. But in the family, they prefer to be quiet and calm. St. Bernard feels awesome when surrounded by the owner and is undoubtedly one of the most affectionate and humble dog breeds. But, they need to be trained because they can be uncontrollable at times if upset, due to their large size. 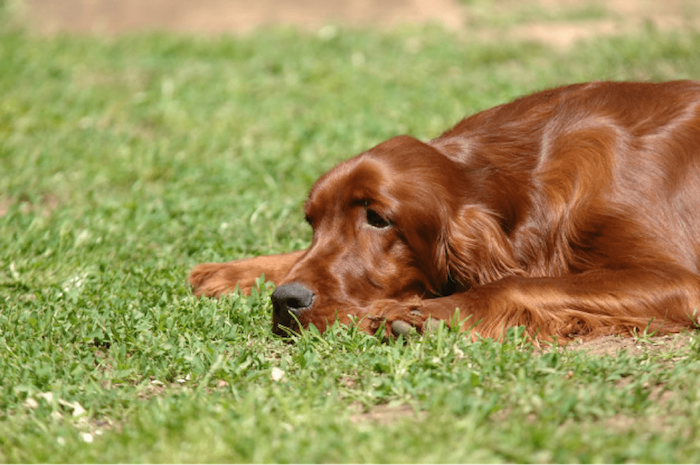 Setters were bred to hunt birds in Ireland and usually known as hunting dogs because of their physique. Simultaneously, they are terrible guard dogs because of their noiseless nature. This calmness makes them an innocent dog breed, and that’s why they are being loved. Irish Setters are another “Not-Barking” pets as these red-coated doggies can get easily involved with strangers and don’t yelp when they see them.

More on Dog Behavior and Temperament 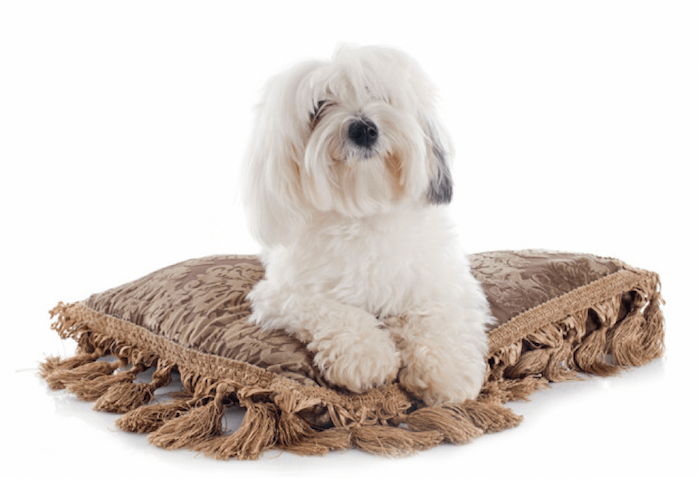 These are furry, calm, and friendly dogs that seldom bark. For instance, you can see them yapping only once or twice (out of excitement) when they hear a door’s bell ringing. Otherwise, they are extremely cute silent companions, who maintain a good and peaceful environment at home. Additionally, if you are looking for small pooches, then these are perfect lapdogs who can listen to your gossips with fun yet without uttering a sound. 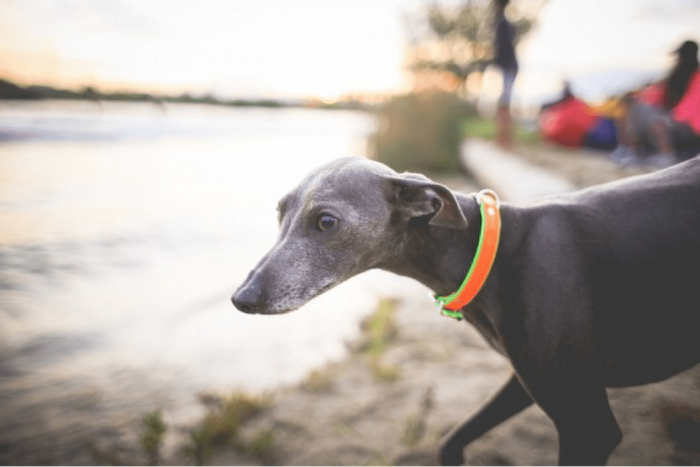 Greyhound (or Italian Greyhound) is a large and thin racing pup who enjoys the reputation of being called gentle. With this, these pooches follow their leader outside silently and always stay soundless inside the house as well. Greyhounds go aloof in the presence of strangers but are friendly around their owners. These dogs are related to being couch potato making perfect breeds for lazy people. 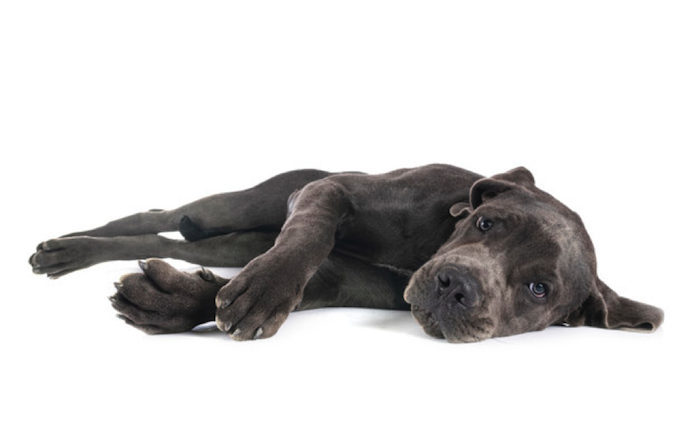 This is a giant dog breed that keeps calm and is known as the family pooch that wails only due to distress or pain. You would adore them for their calm nature and gentle behavior. Moreover, their strength and enlarged size are enough to threaten the strangers, so they don’t need to growl for that. Hence, you should make Great Dane your family member because of this trait. 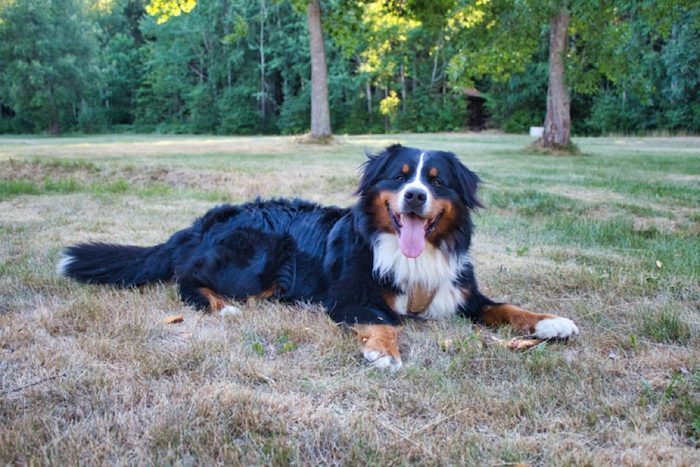 What else you want if you have a lovely, sweet-natured, and less-barking dog around you? Of course, nothing. Bernese Mountain dog is one of them that comes from a large dog breed and feels happy with his owner as he is prone to attach with one person specifically. They prefer to be noiseless until disturbed. Due to this trait, they rarely yelp or tease their owners. 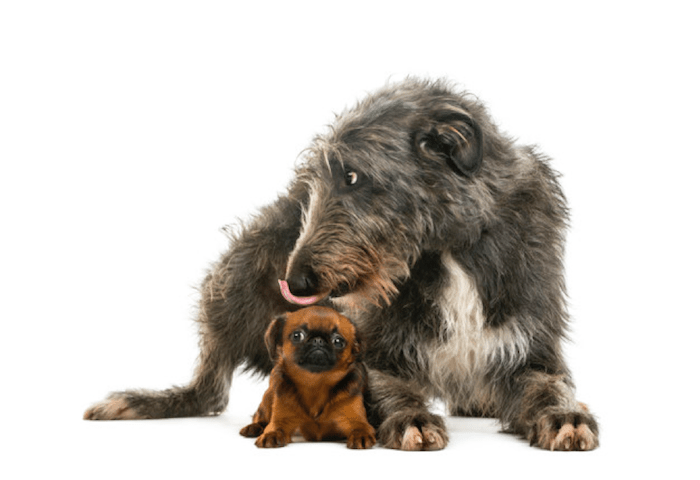 They are one of the friendly canines that yap seldom. Other than this, the hounds love long naps, so that is another reason behind their rare roars and growls. They wouldn’t snore even If someone knocks at your door. So, yes, you can’t expect them to be a watchdog pet. 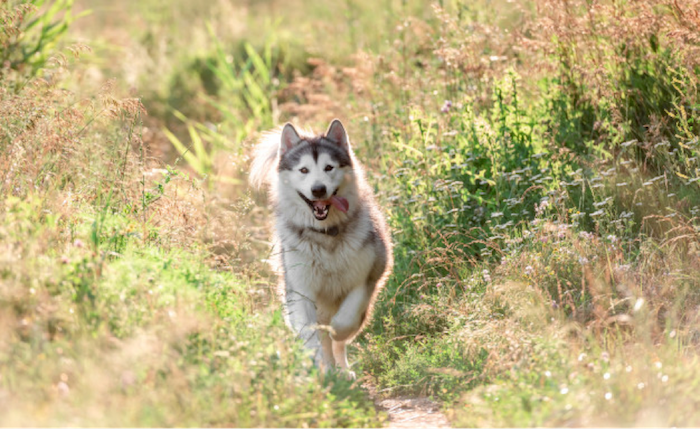 Malamutes are social and fond of people, which is why they are preferably adopted as family doggies. This personality trait makes them lovely companions who yelp but very rarely. However, they tend to have a secret language which they use among their pack. It resembles a wolf howl. Plus, their large size, astonishing color, and cute features distinguish them from other canines. 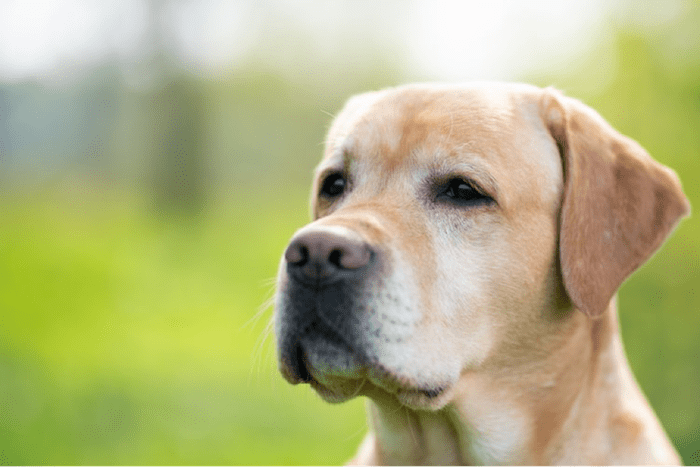 If you live in an apartment or you want to have a rare dog breed at your place who is also not a good yapper, then go with Chinook. Yes, this is a pup you must have. Chinook keeps their owners happy, and are devoted to their owner’s satisfaction. You can find an ultimate and agreeable friend in him who loves wagging his tail with affection. 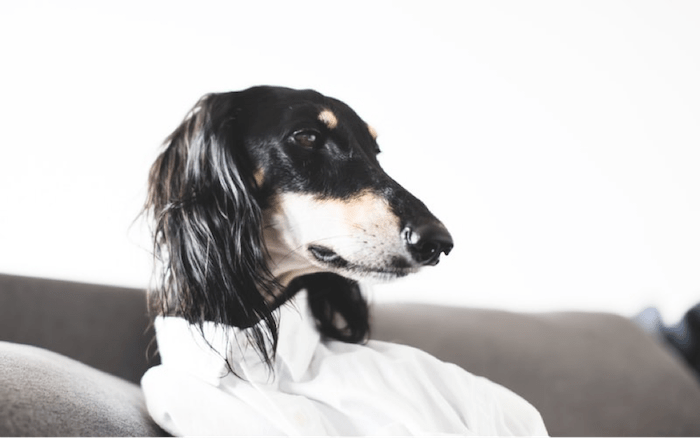 Saluki looks cute because of their silky haired ears, and shy nature. You would rank them 4 out of 10 in barking because they don’t woof a lot unless or until it is needed. They are reserved species and feel comfortable with their human parents. Furthermore, they don’t get frank with others easily. For this, make sure to make them interact with people and other animals from a very early age. 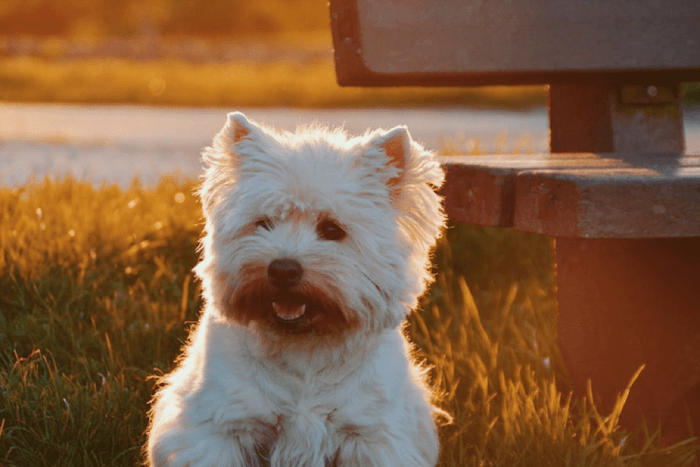 These small, furry pups are bred to be quiet during hunt training. They are gentle terrier dog breed who bark only when they are met with an accident or mishap. More to that, Glen of Imaal Terrier can be your best relaxing time animal buddy with whom you would love to snuggle. 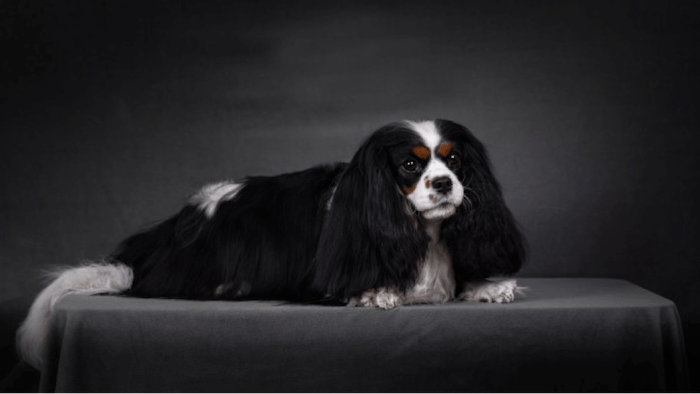 John Churchill, the first Duke of Marlborough, in the 18th century, kept CKCS dogs in his state for hunting from where these little canines got their name. Excitedly, you can play, or even sleep with these cutest pups as they don’t make noise and stay calm mostly. They yelp when they feel someone’s presence on the door. 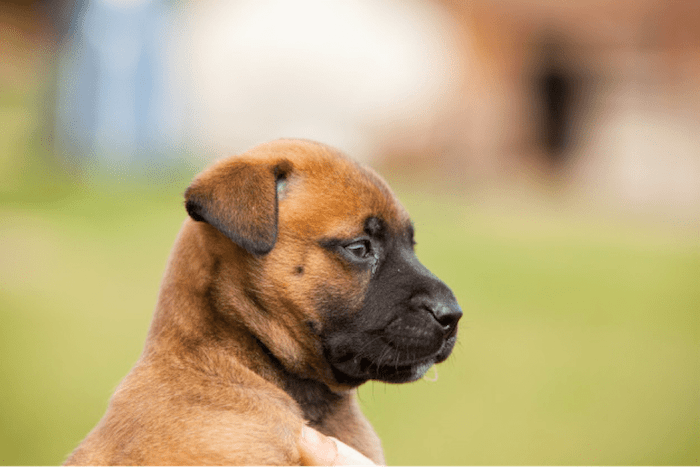 They are the best animal companion, resemble the Great Dane because of their size. Initially, Bullmastiff was bred to guard states in Britain. Since then, they are being adopted as watchdogs. Moreover, you can see them barking when they see any other animal around because mastiffs want to be the only leading dogs in the room. 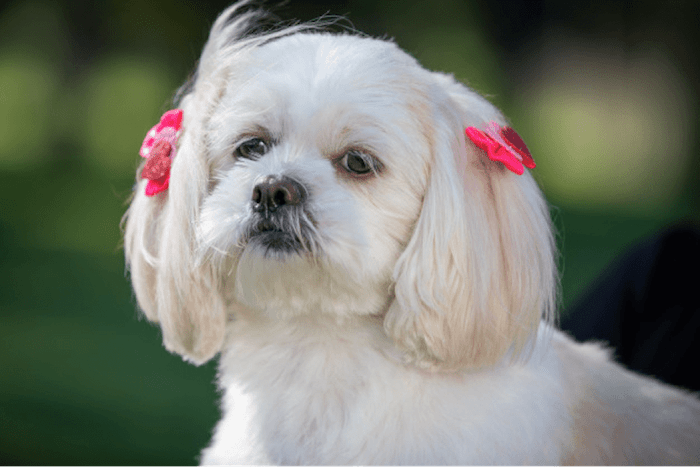 It is the small, fluffy, and cutest canine friend one can ever have; no one can regret having Shih Tzu at home. These pooches are one of the lovely lapdogs who wag around their owners, but loneliness can cause anxiety, so beware. Plus, the main thing is that they are No-Barking puppies, which is counted as their special quality.

Other than these, check some other amazing and silent dog breeds – for example, Newfoundland, Australian Shepherd, Whippet, Japenese Chin, Chow Chow, Shar Pei, Wheaten Terrier, Afghan Hound, and many more.

The dogs are undoubtedly the best animal buddies anyone could ever have. Everyone might not understand their language, but they do adore their gestures and expressions. Along with this, the pups, either they bark or not, induce power and energy in you that makes you jump sometimes. Isn’t it?

Have a puppy friend around you, and stay happy!

Heather Clinton is a dog lover who spends most of her time with her dear little pups. She mainly writes about how to treat canines but also enjoys traveling and reading books.